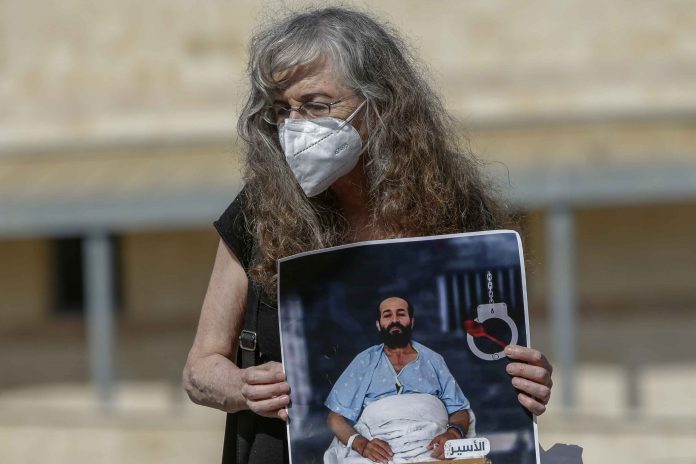 A Palestinian prisoner held by Israel has agreed to end more than 100 days of hunger strike, his family and a prisoner rights’ advocate said Friday, claiming he had received assurances from Israeli authorities that his open-ended detention wouldn’t be extended beyond the end of November.

Maher al-Akhras, 49, has refused to eat since he was arrested in July and locked up under administrative detention, a policy Israel uses to hold Palestinians without charges on suspicion of undisclosed security offenses. These renewable detention orders have come under heavy criticism from Palestinians and human rights groups, which allege the policy violates the right to due process.

Qadoura Fares, the head of advocacy group Palestinian Prisoners Club, said that under the agreement, Israel will not extend the current administrative detention order for al-Akhras when it expires on Nov. 26.

Al-Akhras’ family said he will spend the next 10 days at Kaplan Hospital in central Israel, where he has been since Sept. 6, after which he would be transferred to an Arab hospital in east Jerusalem for another 10 days and then released from there.

“He has ended his strike and now he is undergoing a medical check-up to begin eating,” Al-Akhras’ wife, Taghreed, told The Associated Press by phone.

Israel’s Shin Bet security agency said al-Akhras’ detention order was already scheduled to end on Nov. 26. It would not elaborate. A security official, speaking on condition of anonymity because he was not authorized to discuss the matter with the media, said al-Akhras had rejected a similar court proposal last month to release him on Nov. 26 as long as no new evidence was presented against him.

The Shin Bet has said al-Akhras was arrested based on information that he is active in the Islamic Jihad militant group and was involved in “activities that endanger public safety.” According to the agency, he was arrested five previous times for involvement in militant activities. The family denies such involvement.

The Islamic Jihad, which has killed scores of Israelis in suicide bombings and other attacks over the years, has threatened to respond with attacks on Israel if al-Akhras’ condition deteriorated further.

Israel holds 4,200 Palestinian prisoners, 300 of them under administrative detention, according to Fares of the advocacy group.

Housing market chills, layoffs, US cos. dial up virus fight