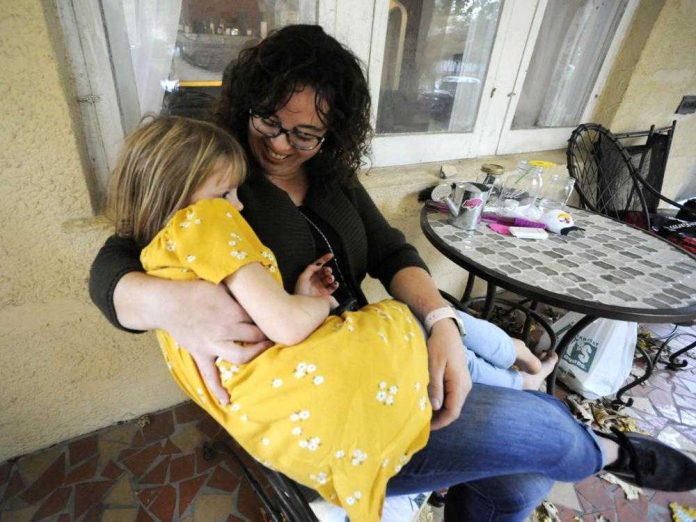 CHARLESTON, W.Va. (AP) — Jessi Garman, the mother of 3-year-old twin girls, has been searching for a job while also trying to have a third child with her husband, who’s in the military. Optimistic that Congress finally would approve paid family medical leave, she thought the time seemed right.

But that was before opposition by Democratic Sen. Joe Manchin of West Virginia torpedoed the proposal. Both having another baby and getting full-time work doesn’t seem feasible now, and Garman’s hopefulness has turned into anger.

“It almost feels personal because Joe Manchin is my senator,” said Garman, of Milton.

Supporters of a decades-old proposal to let workers take time off for medical needs including childbirth, surgeries and end-of-life care are dealing with another disappointment in Manchin’s home of West Virginia, a poor state with one of the nation’s oldest populations.

State activists are still working on Manchin — a pro-leave group planned to rent an airplane and fly a banner over one of his political fundraisers at a resort this weekend, said Kayla Young, a member of the state House of Delegates who also is helping with an advocacy group, Paid Leave Works for West Virginia. They hope some version of paid leave may still be included in President Joe Biden’s social spending package.

“It’s disheartening, but I don’t think it’s over yet,” said Young.

Sarah Clemente hopes Young is right, since paid leave would have made things easier with all three of her children. Instead, she said, she had to take off a total of two years and return to work just a week after the birth of her youngest — Penelope, now 6 — whom she and husband Ryan adopted from a relative who couldn’t care for her.

“We followed the textbook on what you’re supposed to do to be responsible, successful adults. And while we are there now, there was a lot of suffering and heartbreak,” said Clemente, a 40-year-old health care manager. “And it’s still hard.”

Biden initially proposed 12 weeks of paid leave for new parents, people caring for loved ones or people recovering from an illness, but it wasn’t included in a $1.7 trillion framework released by the White House on Thursday after Manchin’s opposition became clear. Manchin, whose support is crucial because of the slim Democratic edge in the Senate, said he wanted to avoid turning the United States into “an entitlement society.”

Democrats continue lobbying the senator, but he hasn’t shown signs of budging despite proposals to trim leave from 12 weeks to four or to restrict it to just new parents. Sen. Kirsten Gillibrand of New York said she has spoken extensively with Manchin and he asked good questions, but he wasn’t focused on specifics of the proposal and had concerns about its cost.

In Manchin’s home county in northern West Virginia, Amber Gabor allowed that some time off would have come in handy when one of her kids — ages 2, 7 and 9, with another one expected in a couple of weeks — had to stay home for two weeks after a coronavirus case at his school. But 12 weeks of paid leave sounded excessive to her.

“I don’t see why you would need all that at one time, unless it was a maternity type of leave. But most (work) places offer that anyway,” said Gabor, who works from home doing customer service for a power company.

In the rural town of Spencer, dental receptionist Samantha Camp is one of those who say they will continue to get by without a paid leave option just as they always have — with difficulty.

Camp will keep paying about $50 monthly for the disability insurance she buys as a hedge against having to miss work because of a bone problem that resulted in hip replacement surgery last year. After the operation, she felt she had no choice but to return earlier than doctors recommended to her job at a small law firm where she worked at the time.

Kimberly Palmer: How to handle your medical bills

How to cultivate a happier retirement

How to save more when inflation makes your money count less