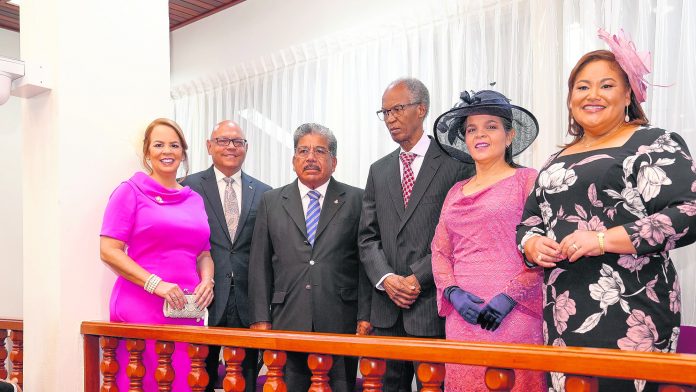 Governor of Aruba, His Excellency Alfonso Boekhoudt gave an eloquent speech in which he went over the challenges that Aruba is facing, and his vision for the future ahead of us.

Prime minister Evelyn Wever-Croes expressed in a press release that the Governor gave his speech in a very clear and detailed manner expressing what the government is working on. “Indeed we went through difficult times during Covid, but we are in recovery. Aruba is one of the countries which was most affected, but we are also experiencing the strongest recovery. This is thanks to the entire Aruban community and the Parliament of Aruba, which in the most critical moments, knew to show willingness and flexibility to support the whole of Aruba during the difficult moments”, Wever-Croes expressed.

Finalizing, premier Wever-Croes thanked the president of Parliament, Mr. Edgard Vrolijk, who was re-elected; vice-president of Parliament, Mr. Raymond Kamperveen and the entire Parliament of Aruba a very successful Parliamentary Year, and God willing all laws that need to be approved in order to recover everything that was lost during the pandemic, can be passed. “In union, standing together to face every challenge together, the Government, Parliament, and People of Aruba was able to bring progress and wellness to our entire community”, she said.