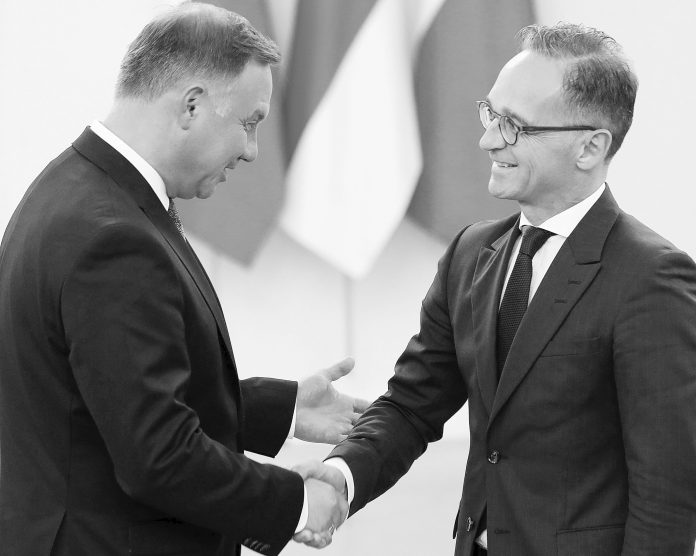 Foreign Minister Heiko Maas is on a two-day trip to Poland for diplomatic talks and to attend 75th anniversary observances for the ill-fated Warsaw Rising revolt, when Polish resistance fought the occupying Nazi German troops.

After meeting with his German counterpart, Polish Foreign Minister Jacek Czaputowicz said Poles have a sense of not having been properly compensated for wartime wrongs.

Poland’s right-wing government has said it is assessing losses and plans to seek reparations from Germany.

Maas said Nazi crimes were a source of “shame” for him personally and for all Germans. He said his presence at Thursday’s events to mark the Warsaw Rising anniversary was an expression of that.

The invitation he received from Warsaw reflected “deep trust” among friends, said Maas, who will be the highest-level German official in years to attend the annual events held in Poland to observe the 1944 revolt’s anniversary since communism ended.

But the minister also stressed that for Germany the issue of reparations is “closed from the legal point of view.”

Berlin has pointed to post-war documents in which the communist authorities governing Poland at the time relinquished claims to any reparations.

Poland argues the action was taken under pressure from Moscow.

Some 6 million Polish citizens, half of them Jewish, were killed during World War II, which began with Nazi Germany’s invasion of Poland on Sept. 1, 1939.

The 63-day revolt against the occupying Germans in 1944 left some 200,000 fighters and civilians dead and Warsaw razed to the ground.q