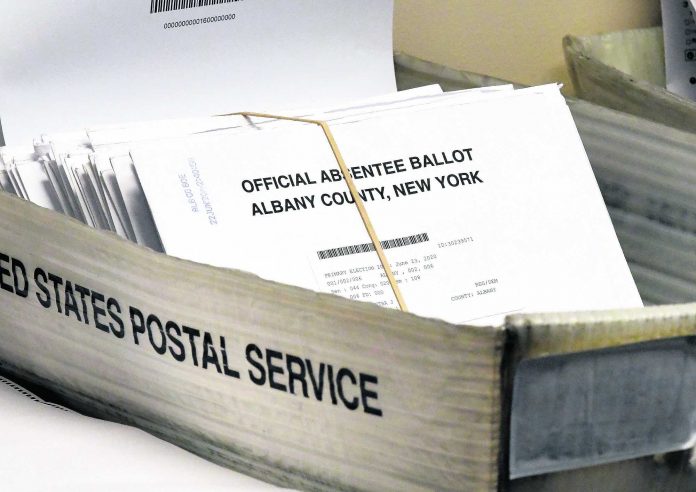 Anticipating a wave of mail-in voting this fall, New York state will now give voters a chance to correct missing signatures and other clerical errors so their absentee ballots can be counted — but the exact provisions haven’t yet been made public after last-minute negotiations between Gov. Andrew Cuomo and lawmakers.

Cuomo said late Friday he’d sign — yet temporarily tweak — legislation that calls for notifying voters about such problems and provides for fixing them.

Under the version that passed the Legislature last month, the voter would have seven business days to file a form to fix the problem after a notice was mailed, in many situations.

Cuomo, a Democrat, said he agreed voters should be able to correct inadvertent mistakes that would otherwise invalidate their mail-in votes. But he said the Legislature’s plan came too close to the Nov. 3 presidential election, requiring a series of notifications and mailings that would overtax election officials.

“New York must balance the right to vote with the need to ensure a timely, seamless and operationally sound election that leaves no doubt as to its outcome,” he wrote in a memo, saying he and lawmakers had agreed on “temporary modifications” that would give voters an opportunity to correct slip-ups “without relying so heavily on an already burdened mail system.”

His memo didn’t give further details on the temporary changes, saying they’d be made in an executive order and possibly in further legislation.

The sponsor of the original legislation, Sen. Zellnor Myrie, didn’t immediately provide further information on the temporary changes. But Myrie said he was pleased that voters would get some opportunity to correct minor mistakes that have disqualified many ballots in the past.

“By enacting these changes, we are ensuring the law stands firmly on the side of voters exercising their rights,” the Brooklyn Democrat said in a statement.

The fast-moving developments came after Cuomo on Thursday signed legislation that eases mail-in voting by allowing voters to cite the coronavirus pandemic as a reason for seeking an absentee ballot this year.

Voters were allowed to cast absentee ballots in the June primary because of virus concerns, and nearly 40% of votes were cast by mail — typically, it’s fewer than 10% in New York. The state’s relatively restrictive rules usually allow voters to request absentee ballots only if they fall into one of several categories, including absence from one’s county on Election Day.

The state’s new legislation comes amid concerns about a potential resurgence this fall of the virus that causes COVID-19. At the same time, the state is keen to avoid a repeat of mailing delays and other issues that plagued the June primary, when an unknown number of voters didn’t get ballots until Election Day or after. But cost-cutting at the United States Postal Service has raised questions about its ability to handle a deluge of mail-in ballots.

Election officials are expecting an even bigger flood of mail-in votes in November than for the June primary, after which results were delayed for six weeks.

Some state election officials have been calling for additional funding and time to process ballots this November, and they have warned that the measure allowing voters to fix ballot mistakes would fuel more delays.