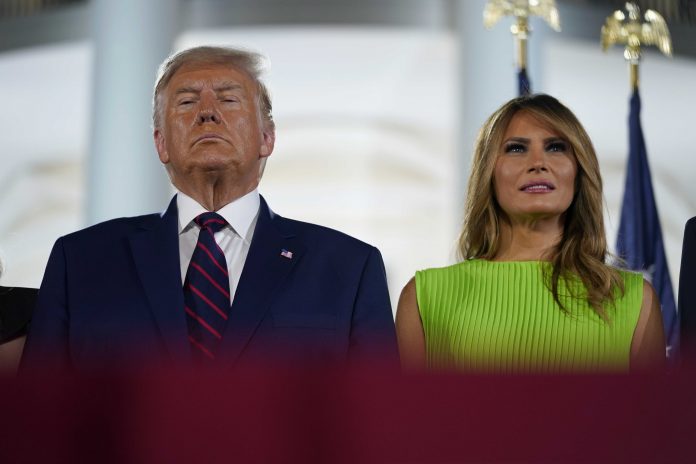 A former friend and adviser of Melania Trump said Tuesday that she made recordings of her conversations with the first lady because she needed evidence to protect herself amid questions about the costs of President Donald Trump’s inauguration.

Stephanie Winston Wolkoff, whose book “Melania and Me: The Rise and Fall of My Friendship with the First Lady,” was released this week, helped produce Trump’s inauguration and later worked for the first lady as an unpaid White House adviser.

Wolkoff left the White House in February 2018 when her contract was terminated. The White House blasted the book as “full of mistruths and paranoia.”

Separately, Wolkoff told The Washington Post that Mrs. Trump used private email accounts while at the White House. Others in the White House, including Trump’s daughter Ivanka and her husband, Jared Kushner, have been criticized for doing official business on private accounts – but, unlike them, the first lady is not a government employee.

In an interview on MSNBC’s “The Rachel Maddow Show,” Wolkoff said, “I’ve been accused of taping my friend, as the White House said, and how horrible of a human being I am for doing that.”

“And they’re right. If she was my friend, it would be horrible. But Melania and the White House had accused me of criminal activity and publicly shamed and fired me and made me their scapegoat,” Wolkoff said. “At that moment in time, that’s when I pressed record. She was no longer my friend and she was willing to let them take me down.”

Wolkoff said Melania Trump told her that White House attorneys claimed there was no other choice but to turn her back on her friend because there was a possible probe of the presidential inauguration committee. Wolkoff said she taped the first lady because “I was going to do anything in my power to make sure that I was protected.”

Stephanie Grisham, chief of staff and spokesperson for Melania Trump, said Wolkoff was out for revenge.

“Anybody who secretly tapes their self-described best friend is, by definition, dishonest,” Grisham said.

“The book is not only full of mistruths and paranoia, it is based on some imagined need for revenge. Wolkoff builds herself up while belittling and blaming everyone she worked with, yet she still managed to be the victim. Sadly, this is a deeply insecure woman who’s need to be relevant defies logic.”

In the book, Wolkoff says she wished she had never met the first lady, who is a former fashion model. Wolkoff, a New York-based event planner, said the pair first met in 2003 in the hallways of Vogue magazine, where Wolkoff worked.

Wolkoff devotes two of the book’s 11 chapters to planning for the January 2017 inauguration, describing the committee responsible for raising money to pay for several days of events as beset with organizational and communications issues that complicated her work.

She says she repeatedly raised questions about spending but she eventually came to be viewed as the problem. Trump’s Presidential Inaugural Committee raised nearly $107 million for the lavish event, an unprecedented inaugural price tag nearly twice that of President Barack Obama’s inauguration in 2009.

Some of those involved in or aware of the committee’s work told The Associated Press in September 2017 that the orchestration of the inauguration was marred by last-minute decisions, staffing turnover and little financial oversight.

Wolkoff told ABC News in an interview broadcast Monday that she continues to cooperate with multiple criminal investigations into the committee’s operations.