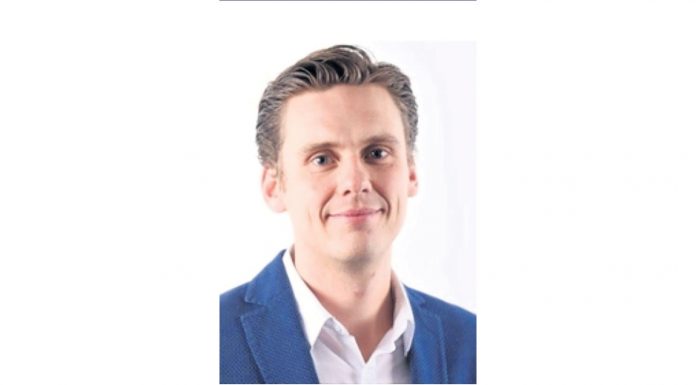 Political Sciences academic from the University of Leiden, Wouter Veenendaal, asks why relationships within the Kingdom of the Netherlands are becoming more difficult. “Pretty words about Kingdom are becoming more empty”, he says. “Kingdom relations are characterized by a fierce war of interests. A possible solution is that there can be representatives for the Caribbean countries within the Kingdom in the Dutch Parliament, which can be controlled by the Kingdom Government. Denmark is proof that this is not something that is irealistic.”

Veenendaal said this in an opinion written and published by the Netherlands Aruba Association (Genootschap Nederland Aruba) in its latest newsletter. Veenendaal explores the effects of the population size for democracy, with special focus on the politics of small island states. Between 2014 and 2017, he carried out an investigation on the six islands that were part of the Netherlands Antilles For KITLV – Koninklijk Instituut voor Taal-, Land- en Volkenkunde (Royal Institute of Linguistics, Land and Ethnology.)

Veenendaal shows how as always the countries in the Caribbean see the appointment of State Secretary for Kingdom Relations, Alexandra van Huffelen as an opportunity to restore the relationship which has become badly affected. The same hope, however, existed each time that a new State Secretary is appointed. Despite the pretty words, the countries and The Hague find themselves confronting each other once more in conflict. According to Veenendaal, there is little indication that the Kingdom Relations this time will change and improve fundamentally. “What makes cooperation and working together within the Kingdom so difficult?” the academic asks.

Contradictory Statute
According to Veenendaal, a first explanation for these conflicts is based on the Statute, which after 1954 regulates relationships within the Kingdom. “The Statute includes a great amount of contradiction. On one hand it creates a Kingdom of the Netherlands with four autonomous countries, which are equal to each other. But on the other hand the Statute creates a fourth country, which is the Netherlands, which is a lot more powerful than the others.”

The Kingdom government is practically the Dutch government, and the only control body is the Dutch Parliament. The citizens of the Dutch Countries in the Caribbean do not have any right to vote in the Tweede Kamer (Dutch Congress) and this contributes to the democratic deficit which is often debated.

“Statute gives the Kingdom government the right to take measures to guarantee democracy, rule of law and good governance in the autonomous countries. And even though all countries are equal and autonomous, in practice there is only one country which can unilaterally intervene in the other three countries.”

The Statute creates room for different interpretations, Veenendaal continues. “Authorities of the Caribbean countries emphasize autonomy and equality of their countries, while Dutch politicians emphasize the function of warranty of the Kingdom. This illustrates that not necessarily the structure of the Kingdom forms a barrier for cooperation, but rather the different interests on each side of the ocean. Dutch politicians and from the Caribbean are chosen by groups which are very different, and they need to be responsible to their voters. This electoral interest forms an important declaration for the lack of solidarity and cooperation within the Kingdom.”

Veenendaal says that if you take a look at the Netherlands, there is a lack of knowledge and great disinterest for the Kingdom. Some Dutch surveys organized show that a big part of the Dutch population would rather to break all ties to the islands.

“Now that it’s clear that the countries will stay in the Kingdom, the strategy in The Hague is directed on limiting, as much as possible, the disadvantages of Kingdom relations for the Netherlands. This means that there is more intervention and this is more assertive.” Veenendaal says that COHO – The Caribbean Body for Reform and Development – is an example. “The Dutch politicians know that their voters in general have little feeling for the Kingdom and will not doubt to assume a strong position against the Caribbean countries.”

The situation in the Caribbean countries is exactly the opposite, where particularly after the Covid pandemic, there is a struggle with economic and social problems. All three countries have turbulent and polarized politics, Veenendaal says. Politicians of the Caribbean countries know that playing the game against the Netherlands works well with their voters and distracts attention from the problems on the islands. “As such, they will not hesitate to accuse the Netherlands of neo-colonial attitudes or of trying to re-colonize the islands. By putting the blame for the problems on the Netherlands, the rulers on the Caribbean islands don’t have to assume responsibility for their actions, which gives them a bigger possibility for reelection.”

According to Veenendaal, this attitude can explain why some rulers in the Caribbean go into drastic action, like the hunger strike of former Aruban prime minister, Mike Eman; the threat to burn Dutch military men that Clyde van Putten made in Sint Eustatius, or the complaint of racism against the Netherlands at the United Nations delivered by Sint Maarten.

On each side of the ocean there is regular talk of the Kingdom of the Netherlands with pretty words, but because of the repetitive conflicts, sound more empty. In reality, Veenendaal says that in practice relationships within the Kingdom are marked especially by a fierce war of interests, which among other things can be explained by reasons of elections. But the question remains if this can be changed.

Denmark also has overseas territories, namely Greenland and Faeroe Islands. Each sends representatives to the Danish Parliament. “If we translate this to the Dutch situation, it will mean a few fixed seats in Parliament (Tweede Kamer) and possibly in the Senate (Eerste Kamer) which will be reserved for representatives from the three countries in the Caribbean.”

Seeing the difference in population size, it can only mean a few seats, which maybe in the political aspect might not be too heavy, according to Veenendaal. “But on the other hand, it will mean that the voice of the Caribbean electorate will be heard in the Dutch political debate and other parties in Parliament will have to engage with this. More so, it is the case that the four seats of Greenland and Faeroe Islands in the Danish Parliament sometimes are crucial for the formation of coalitions, which gives these representatives political power.”

According to Veenendaal, his proposition for representation in the Dutch Parliament is an institutional change which can guarantee better representation of the electorate from the Caribbean countries in the Kingdom institutions. “This could be a better first step for more balanced Kingdom relations. This change can result in a better understanding of the motivations of the politicians in the Caribbean countries and the Netherlands, and could reduce the existing contrary positions in the political culture.”

Finally, Veenendaal believes that the presence of the legislative representatives from the Caribbean in the Dutch Parliament could produce a better understanding of and for the islands among the Dutch voters, who at that point will be constantly reminded that the Kingdom of the Netherlands isn’t limited to Europe.

Think about what’s between your two ears