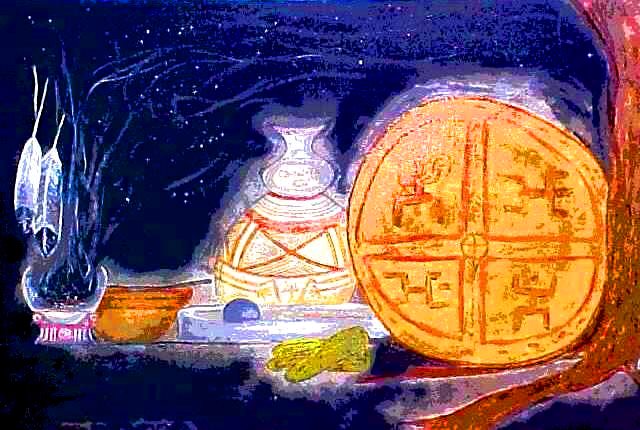 Corn is an Amerindian heritage

Corn as we know it today would not exist if it weren’t for the Amerindian botanists or expert agro engineers that cultivated and developed many crops including corn. It is a human creation, a plant that does not exist naturally in the wild and will not survive without human attention, it can only survive if planted and protected by humans.

The greatest surprise, and the source of much past controversy in corn archeology, was the identification of the corn’s ancestor. Many botanists did not see any connection between corn and other living plants. Some concluded that the crop plant arose through the domestication by early agriculturalists of wild corn that was now extinct, or at least undiscovered. 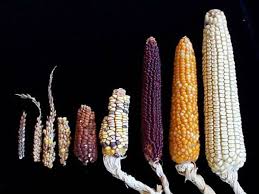 There are many different types of corn

About 10,000 years ago, Mesoamerican man found that he could make hybrids with a conical grass, made up of various grains, and that was born in the wild: teosinte (which in Nahuatl means grain of God). Since then, he began to grow this seed, choosing the best grains and generating hybrids, so corn was born.

The oldest vestiges of domesticated corn were found in Mexico and are 8,700 B.C.

The teosinte currently continues to live in Mexico wild along streams and slopes. There are many types; maize is believed to come from the Zea. mays ssp type. Parviglumis that grows in the southwest of the country and is the most similar, in genetic structure, to corn.

The most impressive aspect of the maize story is what it tells us about the capabilities of agriculturalists 9,000 years ago. These people were living in small groups and shifting their settlements seasonally. Yet they were able to transform a grass with many inconvenient, unwanted features into a high-yielding, easily harvested food crop. The domestication process must have occurred in many stages over a considerable length of time as many different, independent characteristics of the plant were modified. 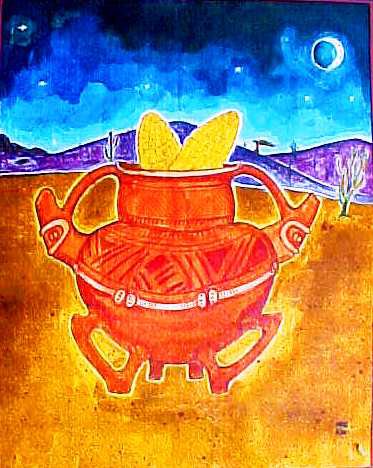 From Mexico maize spread north into the Southwestern United States and south down the coast to Peru and Argentina. About 1000 years ago, as Native American people migrated north to the eastern woodlands of present day North America, they brought corn with them.

When Europeans like Columbus made contact with people were living in the Caribbean, North and South America, corn was a major part of the diet of most native people. When Columbus “discovered” America, he also discovered corn. But up to this time, people living in Europe did not know about corn.

The first Thanksgiving was held in 1621. While sweet potatoes, cranberry sauce and pumpkin pie were not on the menu, however Indian corn certainly would have been.

For Aruba corn was of vital importance and the most important crop followed by yuca, beans squashes and peanuts. Corn was sacred for the Caquetio and respected the whole plant as their creator as the mother food and venerated with the out most respect. Beside pollen and ceramic buren`s, ancient agro ceramic cultures of Aruba had left their native milling stones or Metate’s and also known as cudie`s, testimony of the presence of maize. This abundance of food gave time to master many arts of ceramics expressions and an enormous array of crafts and technics.

The cultivation of corn brought a whole new era and progress to Amerindian societies all over the continent. Yes, to those who cultivated corn successfully, including those on islands and mountains side. All These Amerindians group claims that their flesh and bones are made out of Corn, of Maish or Zea mays. That is how important this wonder plant is for them. q

To immerse in what Aruba is all about. its people, its origins, its animals and culture, we highly recommend you to book your visit for our renowned cultural encounter session which has been entertaining curious, scientist and bohemians for decades. Mail us at etnianativa03@gmail.com to confirm your participation. Our facilities and activities take place close to high rise hotels.