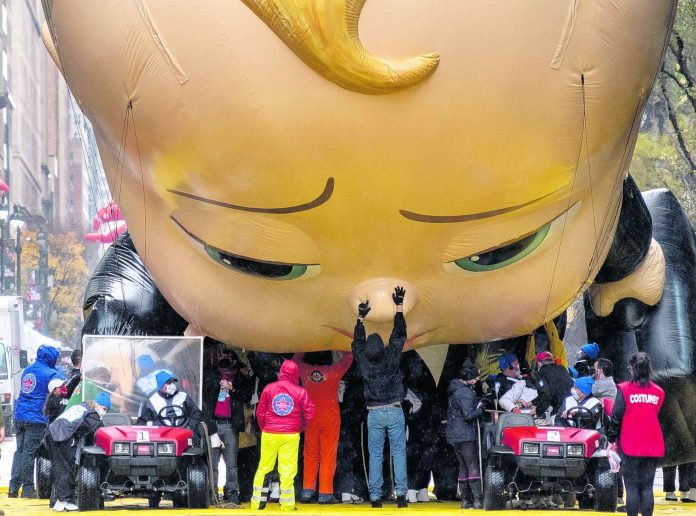 The balloons were in the sky and the marching bands took to the streets for the annual Macy’s Thanksgiving Day Parade on Thursday, but coronavirus restrictions meant it was without the throngs of people usually scrambling for a view.

Instead of its typical path through Manhattan, this year’s parade was kept to the area in front of Macy’s flagship store and aimed at a television audience instead of live crowds.

There were some familiar balloon faces, of course, including Snoopy, Ronald McDonald, and SpongeBob SquarePants.

But the bigger balloons were missing the numerous handlers who would normally be walking underneath and holding the ropes. This year, they were attached to vehicles that kept them moving and decreased the number of people needed.

A number of entertainers performed, including Pentatonix, Keke Palmer and Sofia Carson, and a slew of Broadway shows were represented in taped performances from their casts.

Even with the pandemic protocols, the fact that the parade took place made it a rare festivity in a city that has seen most of its major events cancelled over the last year because of the virus.

The parade organizers recognized that reality, including representatives of some of the New York City parades that hadn’t been able to happen — the St. Patrick’s Day Parade, the Mermaid Parade, the Puerto Rican Day Parade and NYC Pride March.