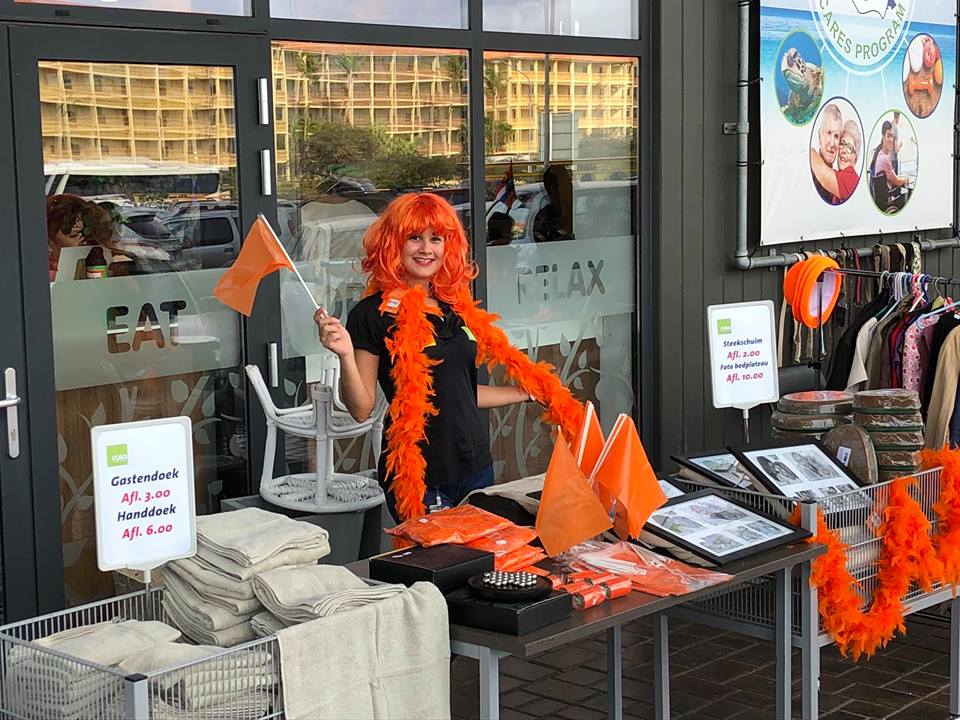 ARUBA – Normally you would not link a King to a flea market, there is no logical connection. But the King of the Dutch Kingdom, Willem-Alexander, is an exception. At least during his birthday as the countries within the Kingdom have the tradition to organize flea markets all over during this National Holiday. Aruba forms no exception to this and yesterday you may have experienced this ‘flea fever’. Yesterday was King’s day and Aruba organized a lot of events to honor the King’s birthday.

At these flea markets people were dressed in orange or red-white-blue, the colors that represent the Dutch Royal Family and The Netherlands. The colors of the official Dutch flag are red, white, and blue. On royal birthdays, the Dutch tricolor is flown with an orange pennant above it. Each year on April 27, Amsterdam — and indeed the entire county — turns orange and because Aruba is part of the Dutch Kingdom, we celebrate along. Aruba is one of the four countries that make up the Kingdom of the Netherlands: The Netherlands, Aruba, Sint Maarten and Curacao.

Continued Festivities
The celebration will continue today, Saturday, with Under the Stars King’s Day Celebration and Food Truck Festival Aruba starting at 6 PM till 11 PM. San Nicolas also has her King’s Day Celebration. The town has local popular games, creative workshops, cultural discovery tours, art market and much more to offer during the full day. Be sure to visit as San Nicolas town has that special Caribbean vibe and the ambiance is a special one. Indulge in the real Caribbean spirit here. There are great lunch options in town too, museums are open and the San Nicolas people will for sure make you smile.

October 18, 2021
Today the real local name is being forgotten.