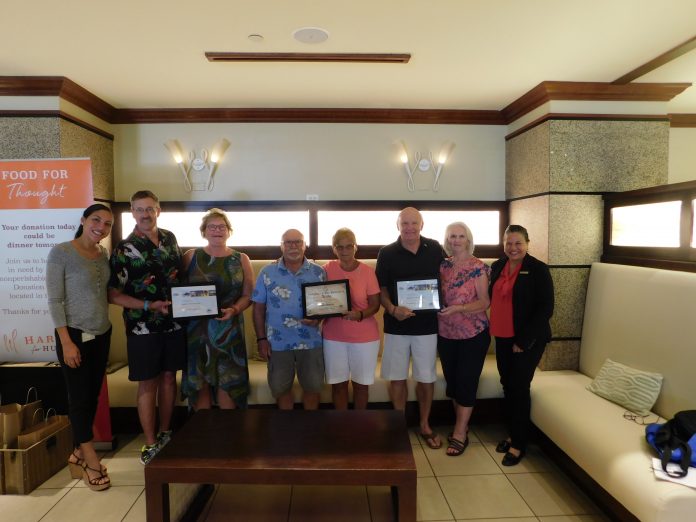 Kimberley Richardson of the Aruba Tourism Authority together with the representatives of the Marriott Surf Club had the great pleasure to honor loyal and friendly visitors who have been coming to Aruba for so many years consecutively.

The honorees were Christopher & Claudette Bean who have been honored as Distinguished Visitors of Aruba. They have been visiting Aruba for 14 years consecutively.

Also honored were Michelangelo & Raffaelina Voira, who received the honorary certificate of Goodwill Ambassadors. They have been visiting Aruba for 20 years consecutively.

These lovely people stated that they love the island very much, especially for its year-round sunny weather, nice sandy beaches and picturesque sunsets, delicious variety of foods, its safety, and Aruba’s warm and friendly people who have become like family to them.

The honorary visitors were presented with their certificates and also received some presents on behalf of the Minister of Tourism as a token of appreciation. Richardson also thanked them for choosing Aruba as their favorite vacation destination and as their home-away-from-home.

The Hawkins honored as Emerald Ambassadors