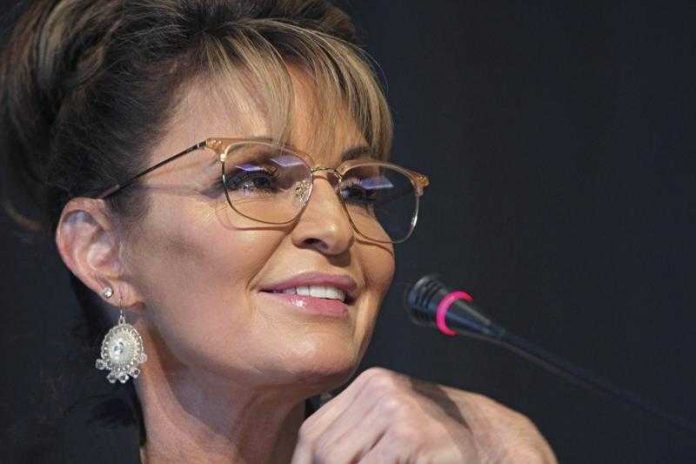 NEW YORK (AP) — The judge who presided over Sarah Palin’s libel case against The New York Times denied her request Tuesday for a new trial, saying she failed to introduce “even a speck” of evidence necessary to prove actual malice.

U.S. District Judge Jed Rakoff made the assertion in a written decision as he rejected post-trial claims from Palin’s lawyers.

They had asked him to grant a new trial or disqualify himself as biased against her, citing several evidentiary rulings by Rakoff that they said were errors. Those ranged from how the questioning of jurors occurred during jury selection, to how jurors were instructed when they asked questions during deliberations.

“In actuality, none of these was erroneous, let alone a basis for granting Palin a new trial,” the judge said.

Rakoff wrote that regardless of her post-trial motions, Palin was required at a trial earlier this year to show that an error in a published editorial was motivated by actual malice — a requirement in libel lawsuits involving public figures.

“And the striking thing about the trial here was that Palin, for all her earlier assertions, could not in the end introduce even a speck of such evidence,” he said.

Lawyers for Palin declined to comment on Rakoff’s ruling.

Lawyers for The New York Times did not immediately respond to comment requests.

The libel lawsuit by Palin, a one-time Republican vice-presidential candidate and former governor of Alaska, centered on the newspaper’s 2017 editorial falsely linking her campaign rhetoric to a mass shooting, which Palin asserted damaged her reputation and career.

The Times acknowledged their editorial was inaccurate, but said it quickly corrected the errors they called an “honest mistake” never meant to harm Palin.

Rakoff announced in February even before a jury completed its deliberations that he intended to dismiss the lawsuit because Palin had failed to show that the Times acted out of malice. Jurors themselves rejected Palin’s lawsuit the next day.

Rakoff said he thought it was fair to all parties not to wait for the jury’s verdict because he had already decided as a matter of law that the Palin hadn’t proven her case.

Her attorneys cited the timing of Rakoff’s announcement as one more reason a new trial should be ordered.