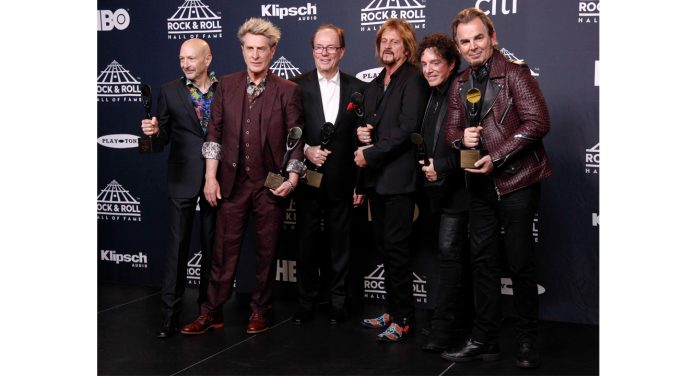 Journey is the latest act to cancel their 2020 tour because of the coronavirus pandemic.

The rock band was supposed to kick off their new tour on May 15 but announced Monday that they would no longer hit the road. Band members said they decided to cancel the tour, instead of postponing it, so that concertgoers would qualify for immediate refunds.

“Having seen what the world has endured during the last 45 days, and not knowing what the rest of this year or 2021 will bring, we knew the right thing to do was to make sure our fans’ health was not put in jeopardy and to provide immediate access to refund options given the unexpected events caused by this terrible virus,” Journey’s Neal Schon, Jonathan Cain and Arnel Pineda said in a joint statement Monday.

The five-month trek included 60-plus shows. The Pretenders were scheduled to also perform on the tour.q

Rowling’s Wizarding World announced Tuesday on Twitter that all 17 chapters of “Harry Potter and the Sorcerer’s Stone” will be read in a series of free videos and audio recordings. The readings of the beloved fantasy story is part of the Harry Potter at Home series.

Radcliffe, who starred as Harry Potter in the films, kicked off the series. He read the first chapter “The Boy Who Lived,” which is posted on harrypotterathome.com.

Other videos will be posted weekly on the website. Audio-only versions will be available for free on Spotify.

In ‘Ma Rainey,’ channeling the blues of August Wilson