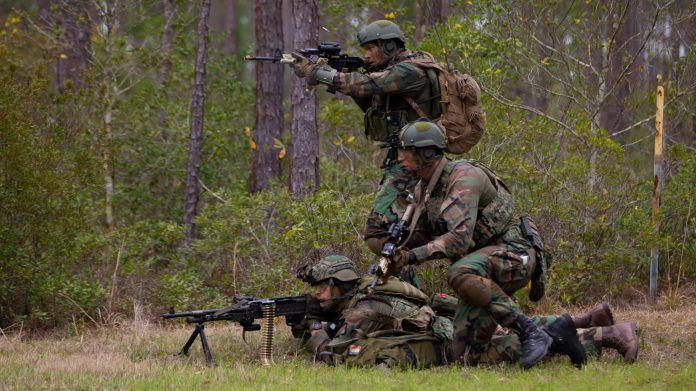 Très Kolos (three colors) since 2010 is known by this name. The three colors refer to the colors of the flags from the historical participating countries. The exercises consist of a competitive part of military activities and a part with tactical exercises. The competition part includes elements such as a speed march, a water obstacle course, an amphibious crossing, shooting and navigation assignments.

The tactical part consists of various exercises in which divergent military scenarios are practiced.

All activities that are executed during Très Kolos are particularly challenging activities. Military and physical skills are heavily addressed hereby, in order to bring out the best in the teams in terms of sportsmanship, cooperation, integration and competition. The aim of the exercise is to further consolidate and expand the integration and mutual relations between the various armed forces. This is to be even better prepared for the challenges that the Caribbean brings with it, such as emergency aid during a hurricane passage.