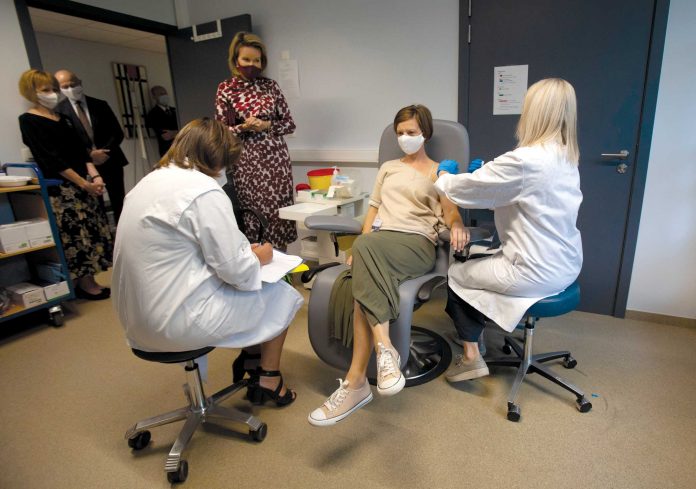 Governments and companies are setting up websites where people can sign up. Enthusiasm is high: More than 400,000 people have signed a registry of possible volunteers that’s part of a vaccine network set up by the U.S. National Institutes of Health.

But before raising your hand, it’s important to understand how the research works.

Initial studies include only a few dozen young, healthy volunteers, since this is the first chance to see if a shot causes a risky reaction in people. Older adults, anyone with a serious underlying illness, and pregnant women are typically excluded from this testing stage.

Mid-stage studies of COVID-19 vaccines recruit a few hundred people, including some older adults. The focus is on comparing how people’s immune systems react to different doses, as well as getting more safety data.

In final-stage studies, scientists need tens of thousands of volunteers who reflect the diversity of the population, including those at high risk of severe illness from the virus. So volunteers can include people who are over age 65 and people with chronic health problems such as diabetes.

Enough study participants have to be exposed to the virus for researchers to be able to tell if the vaccine works. That’s why essential workers, such as grocery or transportation workers who come into frequent contact with others, are especially sought after for the last testing phase. It’s also why researchers are recruiting in places where the virus is spreading, not areas that have it under control — so even if you meet the eligibility criteria, you might not be called back, depending on where you live.Volunteers won’t know if they’re getting the vaccine or a dummy shot.

The World Health Organization counts 10 vaccines worldwide in this final stage of testing, and dozens more are in earlier stages. A few websites list vaccine studies for people interested in volunteering.

— Many regions, such as the European Union, also have their own research registries.

— And if local hospitals, clinics or testing labs in your area are looking for volunteers, you’ll likely see advertisements or flyers with a number to call for information.