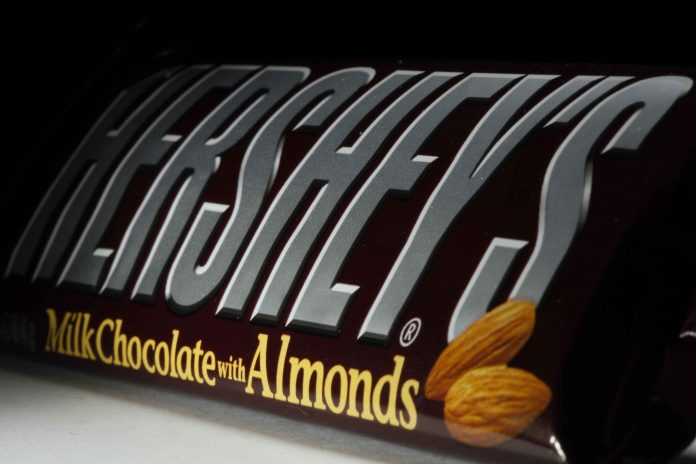 Hershey says its Halloween candy sales were up slightly this year despite a lower turnout of trick-or-treaters amid the pandemic.

“We made that decision to lean in and drive and build a Halloween season versus back away from it,” Buck said Friday on a conference call with investors.

Early Halloween sales helped Hershey to a stronger-than-expected third quarter. The company said Friday its sales rose 4% to $2.2 billion in the July-September period. That was ahead of Wall Street’s estimates, according to analysts polled by FactSet.

Hershey reported net income of $447.4 million for the quarter. Adjusted for one-time items, earnings were up 15.5% to $1.86 per share. That was also ahead of forecasts.

Buck said initial estimates indicate that industrywide candy sales were down in the Halloween period. With coronavirus cases rising, many people decided not to give out candy or hold parties. But Hershey managed to buck the trend.

“‘We saw strength early in the season for at-home consumption as well as baking and crafts, and we saw lower participation in trick or treat in the final two weeks, but overall, the category showed resilience in a very volatile environment,” Buck said.

The National Confectioners Association had showed strong sales gains for Halloween candy in August and September as stores set up displays earlier. But the association said Friday it didn’t yet have sales data for October.

Buck said Hershey’s results should give retailers more confidence to put up holiday displays despite the pandemic. Some retailers were nervous about Halloween and downplayed the holiday, she said.

“We know that consumers will buy that holiday or seasonal product, whether it’s Easter or whatever, early for in-home consumption,” she said. “If you get it out there, it kind of sparks the trigger of fun moments earlier.”

How U.S. small businesses can navigate the trade wars