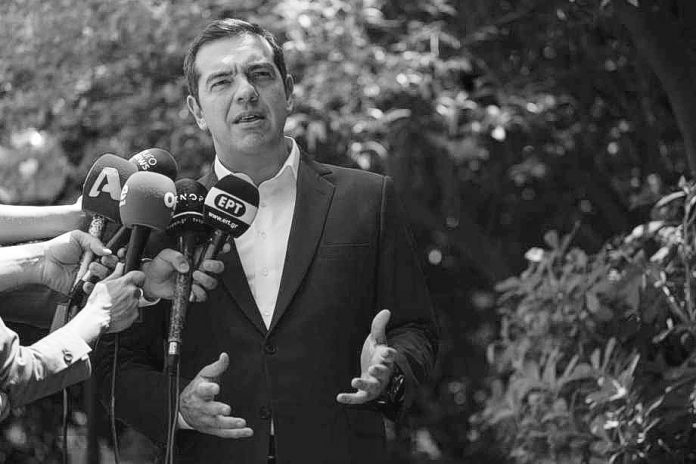 Greece’s prime minister warned his country’s voters on Thursday that the choices they make in next months’ early elections will determine whether Greece slips back into “the dark days” of austerity.

In a hastily arranged statement outside his office in Athens on Thursday, he said the results had emboldened some among Greece’s creditors to attempt to undermine his government’s recent introduction of new benefits and consumer tax cuts.

The election results “whetted the appetite of both the old political establishment in Greece and the more extreme conservative circles in Brussels, to doubt our political choices and to place obstacles in the way of our plan,” he said.

Tsipras’ comments came a day after the European Commission issued a report expressing concern at the impact the new measures, announced shortly before the European elections, would have on the country’s budget targets.

The prime minister said the new benefits were part of a plan to allow those who had made sacrifices during the bailout years “to be able to see in their daily lives … the results of their sacrifices.”

Greece, which emerged from its third and final bailout last year, has promised bailout creditors to run high budget surpluses for years to come so it can continue servicing its debts. But the EU commission said Wednesday that the government’s relief measures set the budget targets at risk.