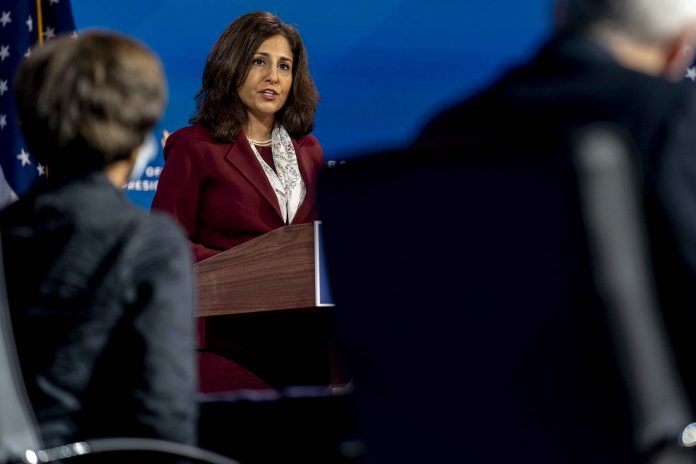 President-elect Joe Biden’s Cabinet picks are quickly running into the political reality of a narrowly controlled Senate that will leave the new Democratic administration dependent on rival Republicans to get anything done.

Under leader Mitch McConnell, the Republican senators will hold great sway in confirming Biden’s nominees regardless of which party holds the majority after runoff elections in January. Biden will have little room to maneuver and few votes to spare.

As Biden rolled out his economic team Tuesday — after introducing his national security team last week — he asked the Senate to give his nominees prompt review, saying they “deserve and expect nothing less.”

But that seems unlikely. Republicans are swiftly signaling that they’re eager to set the terms of debate and exact a price for their votes. Biden’s choice for budget chief, Neera Tanden, was instantly rejected as “radioactive.” His secretary of state nominee, Antony Blinken, quickly ran into resistance from GOP senators blasting his record amid their own potential 2024 White House campaigns.

Even as most Republican senators still refuse to publicly acknowledge President Donald Trump’s defeat, they are launching new battles for the Biden era. The GOP is suspended between an outgoing president it needs to keep close — Trump can still make or break careers with a single tweet — and the new one they are unsure how to approach. Almost one month since the Nov. 3 election, McConnell and Biden have not yet spoken.

“The disagreement, disorientation and confusion among Republicans will make them inclined to unite in opposition,” said Ramesh Ponnuru, a visiting fellow at the American Enterprise Institute, during a Tuesday briefing.

“They don’t necessarily know what they’re for, but they can all agree they don’t like Neera Tanden.”

A new president often runs into trouble with at least a few Cabinet or administrative nominees, individuals who rub the Senate the wrong way and fail to win enough votes for confirmation or are forced to withdraw after grueling public hearings.

Trump’s nominees faced enormous resistance from Senate Democrats, who used their minority-party status to slow-walk confirmation for even lower-level positions. It’s been an escalation of the Senate’s procedural battles for at least a decade.

But the battles ahead are particularly sharp as Biden tries to stand up an administration during the COVID-19 crisis and economic freefall, rebuilding a government after Trump chased away many career professionals and appointed often-untested newcomers.

“After what all we went through over the past four years, I would expect that almost all of President-elect Biden’s nominees would be widely acceptable,” Schumer said from the Senate floor.

Instead, he warned, the “switch is starting to flip” into Republican opposition.

To be sure, some key Biden choices will have an easier path to confirmation. Janet Yellen, who would become the nation’s first female treasury secretary, drew few public complaints from Republicans. Many had voted to confirm her in 2014 as Federal Reserve chair.

Democrats have their own battles ahead. Biden faces the daunting task of keeping the party’s centrist and progressive factions from splintering as he tries to put his team in place.

Republicans now hold a 50-48 advantage in the Senate, but if Democrats win both Georgia seats in the Jan. 5 runoff elections, they would wrest control, since the vice president, which will be Kamala Harris, becomes a tie-breaker.

The nomination fights will serve as an early indicator of the approach Republicans take toward Biden as they find their political footing in a post-Trump environment.

Trump continues to wield great influence over the party as he is being eased out, and senators, in particular, need to keep him close for the Georgia runoff elections.

The president is planning to visit Georgia on Saturday, where two GOP senators, David Perdue and Kelly Loeffler, failed to clear the 50% threshold to win reelection in November. Perdue faces Democrat Jon Ossoff and Loeffler faces Democrat Raphael Warnock in a state that flipped to support Biden.

McConnell has said almost nothing about Biden’s nominees or next year’s agenda as he continues to give Trump the time and space to challenge election results in court cases that have delivered few victories.

Instead, he’s letting other Senate Republicans, particularly those seen as having White House ambitions, make names for themselves. GOP Sens. Tom Cotton, Marco Rubio and Josh Hawley, among others, have all hurled pointed complaints about Biden’s picks.

Despite Trump’s defeat, Republicans in Congress may have little incentive to work with Biden. They performed better than Trump, retaining many House and Senate seats they were expected to lose. One lesson Republicans learned from the November election may be to keep doing what they’ve been doing.

McConnell gave a nod toward what’s ahead after GOP senators met Tuesday by conference call, forced to abandon their traditional sit-down lunches as the COVID-19 crisis surges and threatens to further disrupt the Capitol.

McConnell talked about finishing the remaining few weeks of “this government” and “the new administration” to come.

A rapid COVID-19 vaccine rollout backfired in some U.S. states