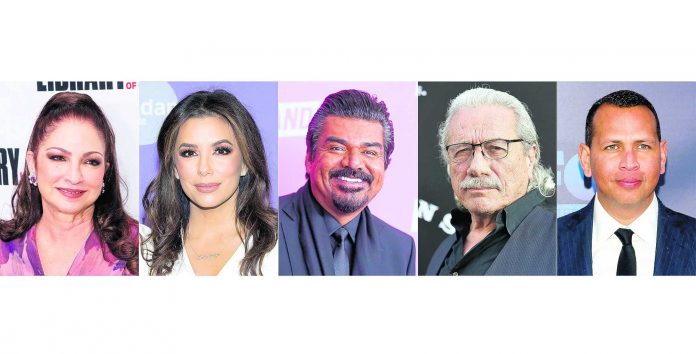 Gloria Estefan, Alex Rodriguez and Eva Longoria will be among the participants in a monthlong online celebration of Latino contributions to television.

The Paley Center for Media’s tribute to the work of actors, journalists and other notable Latinos begins Wednesday and will be held virtually because of the coronavirus pandemic. It’s the first such event by Paley to coincide with Hispanic Heritage Month, which runs Sept. 15 to Oct. 15.

The inaugural celebration will feature “conversations and events that spotlight critically acclaimed, groundbreaking, and culturally influential Hispanic personalities and rising stars who demonstrate the power of the community” and its cultural impact, the center said in its announcement Tuesday.

Maureen J. Reidy, the center’s president and CEO, called it a “a must-see celebration for the whole family that informs, educates, and entertains.”

A bilingual component with education programs, interactive trivia and other elements is available at paleycenter.org through Oct. 15.

Among the highlights of the event (all times Eastern):

— “A Tribute to Hispanic Achievements on Television,” 8 p.m. Wednesday on Yahoo Entertainment. Estefan, Longoria, Edward James Olmos, Jimmy Smits and George Lopez are among those participating, with Soledad O’Brien as moderator.

— “Alex Rodriguez in Conversation,” 8 p.m. Thursday, Yahoo Entertainment and Yahoo Sports. The baseball great discusses his career in and out of sports, with Natalie Morales as moderator.

He’s still standing: Elton John to finish Down Under tour