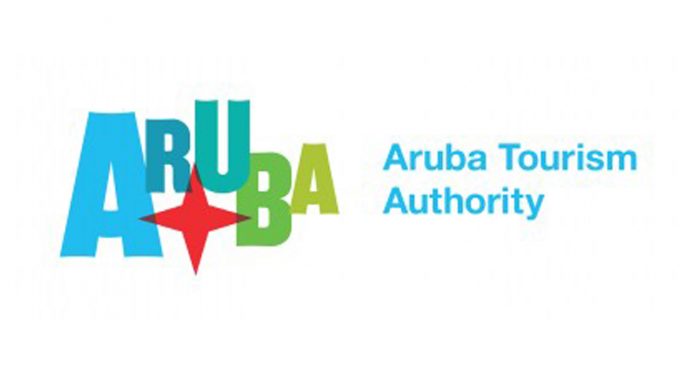 This week, the Annual Report for 2019 was officially presented to Minister of Tourism Danguillaume Oduber. Typically, the presentation is done in the presence of the president of the Aruba Tourism Authority (A.T.A.) Board of Directors, as well as additional board members, A.T.A. CEO Ronella Tjin Asjoe-Croes, members of management, and representatives of the accounting firm overseeing the audit. However, due to the special circumstances created by the COVID-19 pandemic, the report was officially presented by Tjin Asjoe-Croes to the minister.

As the leading tourism authority in Aruba, A.T.A. is very strict in its management, allowing various independent companies to perform quarterly and annual audits. As of 2011, when the Tourism Office became independent, we can proudly say that the A.T.A. has diligently complied with submitting its Annual Report, which includes a summary of results and the work done, as well as a financial report and its respective declaration of approval.

According to law, there are two crucial time periods for the Tourism Office: the first is when the budget is submitted for the following year, and the second is the moment when the Annual Report is presented with results from the previous year. The Annual Report consists of a general and financial report, as well as a section that focuses on the work of the Board of Directors. The general section of the report includes a compilation of the achievements made in ATA’s various departments, which include Marketing, Strategy Planning & Research, Destination Services, Human Resources, Finance, IT, and Facility Management.

This is the ninth Annual Report that the A.T.A. has completed carrying a declaration of approval from an independent accounting company. For 2019, the firm of Ernst & Young was utilized. For the A.T.A. it is an extensive exercise of utmost importance and an integral part of its management, existing hand-in-hand with the law, as well as the code of Good Corporate Governance created by the A.T.A. Additionally, the A.T.A. receives an independent financial audit every quarter. This is done by the independent accounting firm of Grant Thornton.

A.T.A. attaches great importance to its financial management, as well as management that complies with A.T.A.-applicable laws and what constitutes good corporate governance. As such, these steps are a reflection of proper checks-and-balances management including audits by independent companies according to international regulations.

Aruba experienced great success and growth over the course of 2019. The so-called “Tourism Credits” were projected to close with a growth of 4% to 6%. At the end of the third quarter of 2019, Aruba had received a total of 1,120,655 stay-over tourists. The main market for Aruba’s tourism, North America, was projected to close with a growth of 11%, the highest growth since 2004. This, according to A.T.A., is the direct result of additional marketing efforts and strategic adjustments made during the year in, among others, the American market. For 2019, the A.T.A. is projecting closing with an increase in total tourism stay-overs of three percent. Aruba’s cruise tourism industry closed with a growth of 2.1% in 2019. The Aruba Hotel and Tourism Association (AHATA) noted a 7.5% increase in RevPAR (US$ 233.89). Compared to other destinations in the Caribbean, Aruba maintained its position as the third most successful destination for overall performance. When it comes to occupancy, Aruba scored highest in the Caribbean with 75.1%.

Acknowledgements.
A.T.A. would like to congratulate its entire team on another great accomplishment, having been able to submit the report with a declaration of approval. A.T.A. would also like to thank the Board of Directors for prioritizing this important report for the wellbeing of our tourism sector. Recognition also goes to Ernst & Young and the Minister of Tourism for their necessary diligence with the revisions and approval of this document.

We are currently facing a very difficult situation. Our Annual Report for 2020 will be very different compared to reports from past years. The A.T.A. will do everything it can to promote our tourism, which is the pillar of our economy. Economic diversification and innovation are of utmost importance and will be a central focus during the recuperation of tourism, which will continue to be our economic pillar. Let’s show it love and care for it!