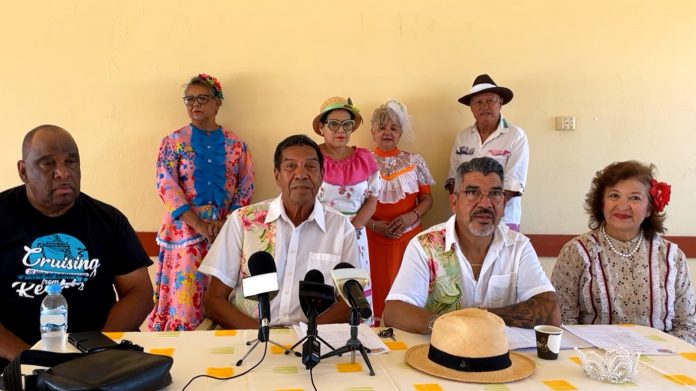 A vibrant organization with the purpose of complementing and exalting Aruban culture and folklore with activities developed and guided by volunteers, is organizing big activities, among them the Big Folklore Cultural Parade (Gran Parada Folklore Cultural) which will take place in september. 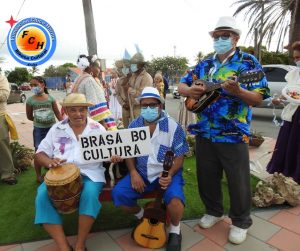 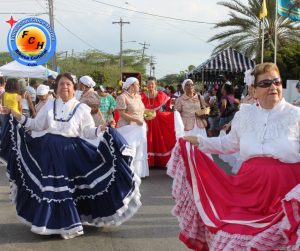 Francisco, better known as ‘Chico’ Harms, explains that they are preparing the Acoustic Parade on the 17th of July, a parade which had to be canceled for two years because of the pandemic. This year it will be a very big event, where they will not use any speakers or electric instruments, but the participants will use their own instruments and they will sing and play instrumental music.

This parade will start by the church in Brazil and finish at the community center in Brazil, where the celebrations will continue.

For the 23rd and 30th of July, there will be the Aruban Street Song Festival (Festival Cantica di Caya Arubano), which started with various groups interpreting the same song, which after it was decided to make it in the context of a street song. Currently they have nine young children participating who will sing on the 23rd, and 13 adults who will also be singing on the 30th of July.

Leo Harms, who together with Marcia Dirks gave information regarding the Cultural Folklore Queen of Aruba, explained that the queen election is planned for the 20th of August in the children category, and for the 27th of august for Cultural Lady (Dama Cultural) and Great Cultural Lady (Gran Dama Cultural).

On the 27th of August will be held the show for Dama and Gran Dama, and Dirks emphasizes that the focus is on the cultural and folkloric aspects of the clothing and presentation. He said that not a lot of people need to be on stage, but rather, must present culture and customs of Aruba.

On the 2nd of September there will be a Parade with Lanterns in Brazil. This year marks five years that this parade is on the streets, and ‘it was well received and it is so pretty, because the lanterns in the hours of the night are very beautiful’, according to Harms.

The big parade itself is announced for the upcoming 4th of September, ‘Cultural Folklore of Brazil’. In this parade there will be nine big groups participating, with five bands and five disco. “It will become a beautiful parade this year, and seeing the enthusiasm for it, surely it will become something super beautiful”, Harms commented.