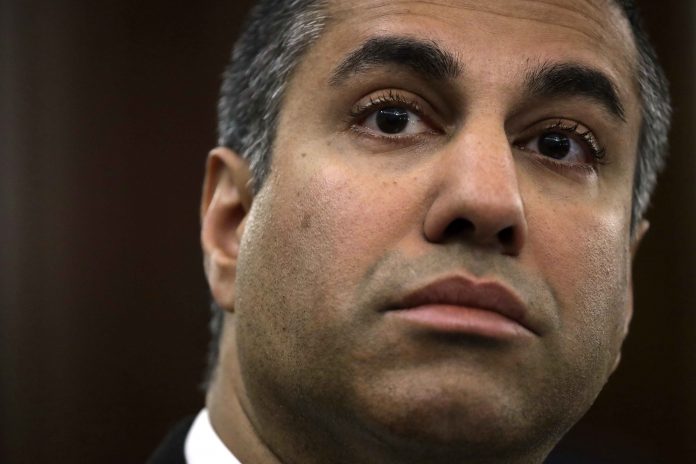 President-elect Joe Biden will choose a new Democratic head for the agency. A new administration typically picks a new chairman.

Pai has presided over a contentious FCC over the last four years. He undid net neutrality rules that barred internet service providers like Comcast and AT&T from favoring some types of online traffic over others in 2017 and championed other deregulatory efforts. He has also worked to free up spectrum for cellphone companies so they can roll out 5G, the next-generation wireless standard that promises faster speeds, and cracked down on Chinese telecom companies as national security threats.

The incoming FCC is likely to try to reinstate net neutrality rules and focus on closing the “digital divide,” getting internet service to Americans who don’t have it because it’s not available or they can’t afford it.

The FCC has three commissioners of the majority party and two in the minority party. It currently has two Democratic commissioners, Jessica Rosenworcel and Geoffrey Starks, one of whom Biden could choose to elevate to chairman or choose someone from outside the agency.

“It has been the honor of a lifetime to serve at the Federal Communications Commission,” Pai said in a statement. “To be the first Asian-American to chair the FCC has been a particular privilege. As I often say: only in America.”

COVID-19 hot spots offer sign of what could be ahead for...

U.S. to pursue citizenship question on census but path unclear