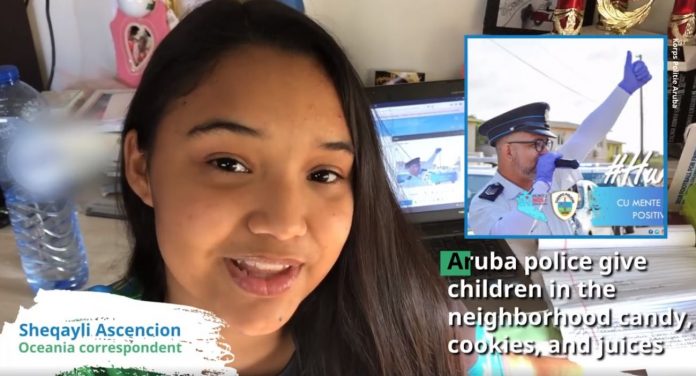 Football for Friendship (F4F) is an annual international children’s social program implemented by Gazprom since 2013. Recently, together with their Young Journalists, they launched the F4F Good News Editorial Office, where children from different countries tell good news to cheer up people across the globe in these trying times! Sheqayli Ascencion from Aruba participated in the recent episode of the Good News Editorial Office program.

The program includes a number of sports and educational events held in different countries around the globe with the aim of promoting a healthy and active lifestyle, as well as fostering an attitude of respect toward other cultures among its Young Participants.

Every year, thousands of people across the world take part in F4F. In the course of the past 7 seasons, it has brought together more than 6,000 participants, gaining over 5 million supporters. Since its launch, the project has expanded its geography to 211 countries and regions. In 2019, the most multinational football training session in history took place as part of the program’s final events, thus setting a new world record and earning F4F an official GUINNESS WORLD RECORDS® certificate.

Here are the links to the episode of the Good News Editorial Office:

Goodwill Ambassadors at the Amsterdam Manor

Aruba to Me by Carol McNally