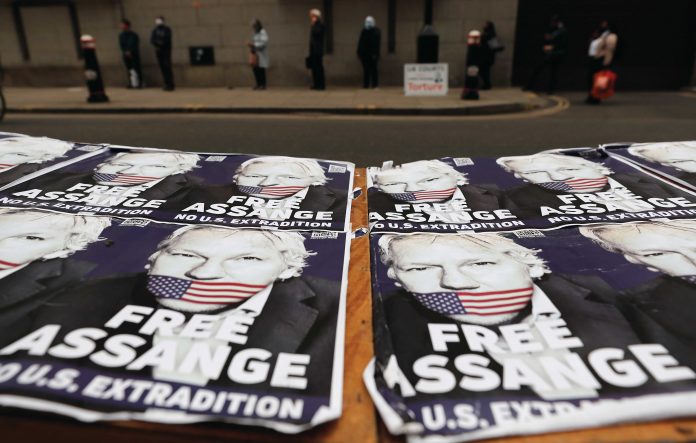 WikiLeaks founder Julian Assange is very likely to attempt to kill himself if he is sent to the United States to face espionage charges, a psychiatric expert said Tuesday at an extradition hearing in London.

Michael Kopelman, emeritus professor of neuropsychiatry at King’s College London, said Assange has a history of depression and there is a “very high” risk of suicide if the U.S. extradition attempt succeeds.

“It’s the imminence of extradition and/or an actual extradition that will trigger the attempt, in my opinion,” Kopelman said during testimony as a witness for Assange at London’s Old Bailey criminal court.

U.S. prosecutors have indicted Assange on 17 espionage charges and one charge of computer misuse over WikiLeaks’ publication of secret American military documents a decade ago. The charges carry a maximum sentence of 175 years in prison.

Kopelman said Assange faced “an abundance of known risk factors” including a family history of depression and suicide and the isolation he has experienced — first in the Ecuadorian embassy in London, where he took refuge in 2012, and since April 2019 in a British prison.

Kopelman said Assange has also been diagnosed with an autism spectrum disorder, which has been associated with an increased tendency to ruminate on suicide.

He said Assange had an “intense suicidal preoccupation.”

“He’s made various plans and undergone various preparations, such as confessed to the Catholic priest, who granted him absolution, began to draft farewell letters to family members and close friends, he’s drawn up a will,” said Kopelman.

Kopelman said he had visited Assange about 20 times in London’s high-security Belmarsh Prison, where he is being held as he awaits an extradition decision. He said the 49-year-old Assange had experienced “auditory hallucinations” in which he heard “derogatory and persecutory” voices.

“The voices are things like, ‘you are dust, you are dead, we are coming to get you,'” he said.

Under cross-examination by James Lewis, a lawyer representing the U.S. government, Kopelman said he was always alert to the possibility a patient might be “malingering” or exaggerating.

Assange’s defense team argues that he is a journalist and entitled to First Amendment protections for publishing leaked documents that exposed U.S. military wrongdoing in Iraq and Afghanistan. They also say the conditions he would face in a U.S. prison would breach his human rights.

The extradition hearing in London began Sept. 7 and is due to last until early October, with Judge Vanessa Baraitser likely to take weeks or months to consider her decision.

Mexican migrants sent home a record $4.5 billion in May