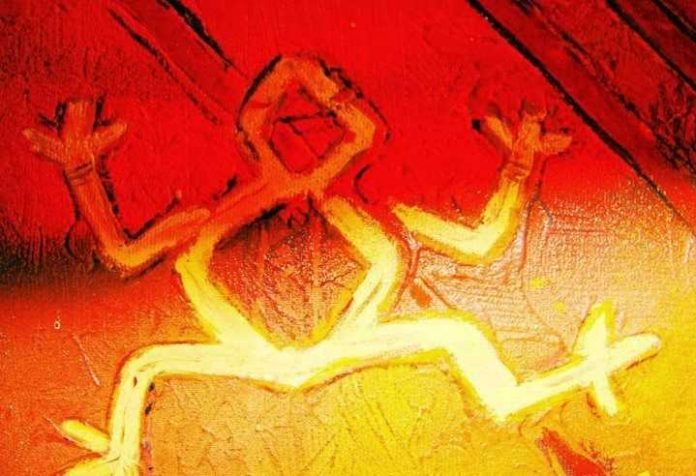 The symbolism of the frog appears in many traditions around the globe. This animal is generally associated with the water element and its cleansing attributes. Different cultures associate the frogs with fertility due to the large number of eggs it lays, which in parallel is related to abundance.

From the oldest cultures words such as luck, purity, rebirth, renewal, fertility and leadership are related to frogs. In Egypt, Heket, was a god with the head of a frog and this was related to fertility and births. The Celts viewed the frog as the lord possessor of the land and believed that it represented healing and leadership powers due to its connection to water and rain.

In Japan the frog is seen as a symbol of good luck so it is common to see a frog amulet in any bag or purse to avoid losing money and especially for travelers whose crossing involves crossing a sea or river. In relation to the fact that travelers carry a frog amulet with them, it is because the word frog in Japanese “kaeru” which also means to return in Japanese.

In current Western beliefs it is thought that frog amulets can help us in different transitions in relation to vital stages of our lives; when we need an element that provides us security and when we want to improve our intuition, strength and our connection with the spiritual world.

In many Native American mythology frogs plays a variety of roles in different tribes. In some tribes, frogs are considered to be medicine animals that have healing powers and the ability to bring rain. In others, they are associated with disease and bad luck. To the Anishinabek tribes, who are resident in what are now Canada and the United States, frogs represent transformation and growth. To Northwest Coast Native people, frogs are associated with springtime and renewal. In some Southern California cultures, frog is a major mythological character who killed their Creator god with evil witchcraft. And among indigenous tribes of Panama, such as the Guaymi and Kuna tribes, the rare golden frog is considered as a fertility animal and associated with wealth and a happy afterlife.

Even though that the cane toad, who is associated whit rituals and hallucinations, is present on the island and has been here for a long time, the Dori is Aruba`s only endemic frog species and an ancestral fertility totem.

The association with the rainy season explains it all. Happy Dori`s sing all night in celebration of the coming harvest abundance. Therefore during these rainy days it is ideal to try if you could spot one, or at least hear the dori sing its hypnotic song, calling for a mate. Telling her how beautiful life could be if she only could come a little closer.

The frog as spirit animal or totem reminds us of the transient nature of our lives. As symbol of transition and transformation, this spirit animal supports us in times of change. Strongly associated with the water element, it connects us with the world of emotions and feminine energies, as well as the process of cleansing, whether it’s physical, emotional, or more spiritual in essence.

To get to know more regarding Aruba’s and its origins, its animals culture etc. We highly recommend you to book your participation. Living our cultural encounter session is mind opening and entertaining curious hearts for decades. Mail us at etnianativa03@gmail.com. Our facilities and activities take place close to your place.

At least ten reef-associated shark species in the Dutch Caribbean

The history of Aruba