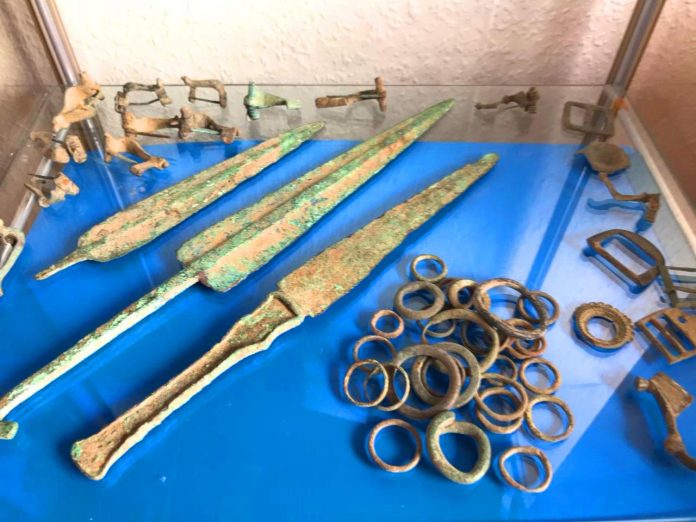 The Shamans stick or wand is a thin, light-weight rod that is held with one hand, and is traditionally made of wood, bone or antlers, but may also be made of other materials, such as metal or stone or anything that can be made into a stick. A wand that is used for magical purposes is often called a magic or shamans stick, rather than simply a stick.

The stick is an extension of our own energies, amplifying and extending those energies for psychic communication, healing, enchantments, protection and energy balancing.

In the shaman’s world, all things have a spirit and everything is alive. 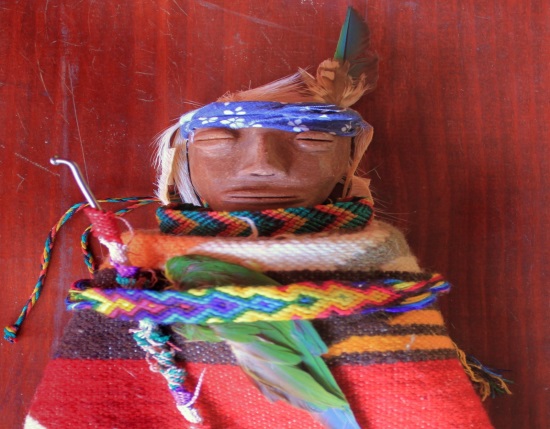 Shamans sticks serves a similar purpose to athames (ritual daggers), though the two objects have their distinct uses: An athame is used to command, whereas a stick is seen as more gentle, and is used to invite or encourage. 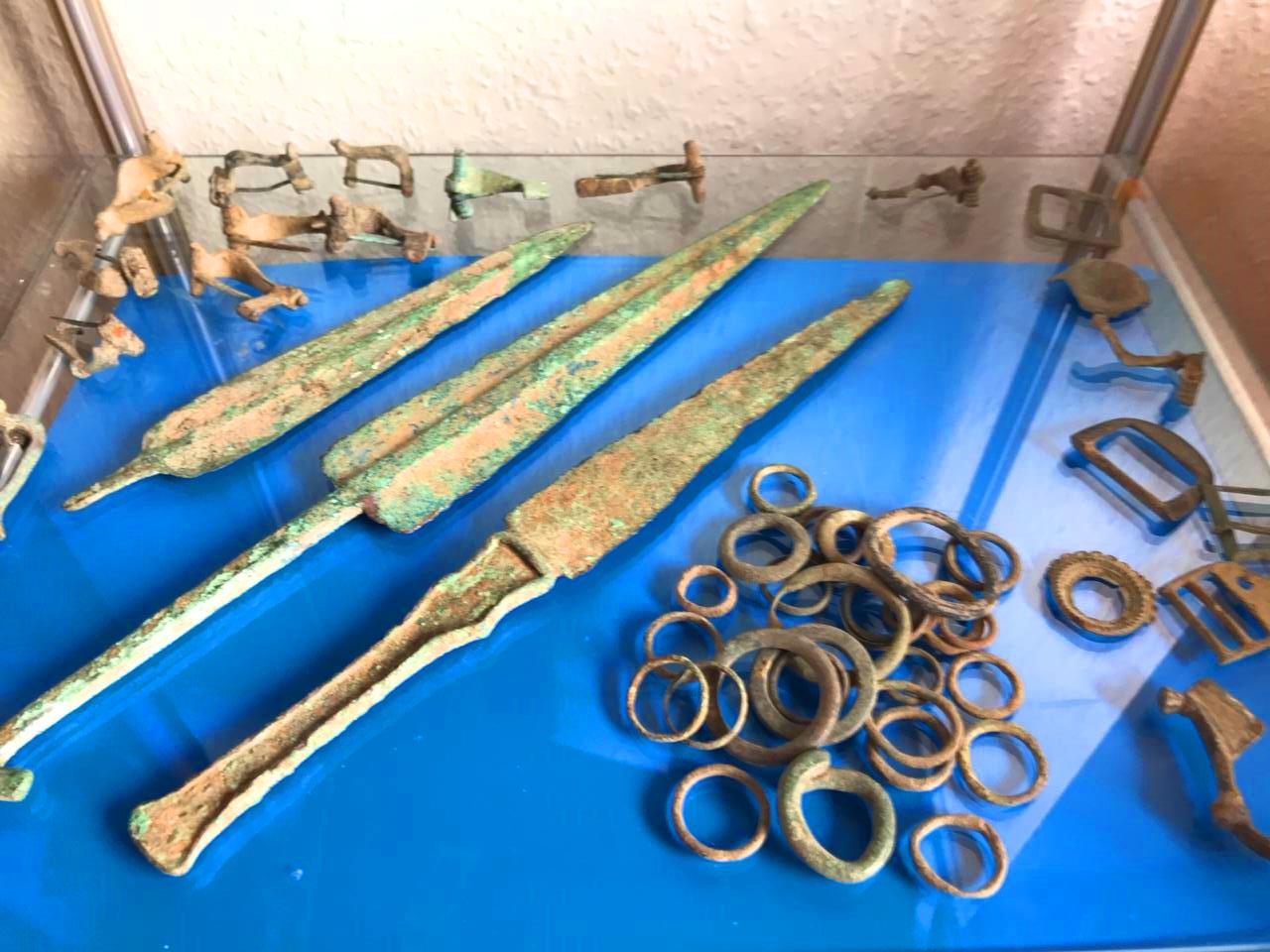 The most common misconception about the Shamans stick is that it is a fire tool. The stick in principal is actually an air tool that it is made out of wood, which burns easily when in contact with fire energies. While popular movies, such as Harry Potter, often portray the stick as a multi-purpose tool that can handle air and fire energies, it is actually the Athame, or magical knife, that can handle multiple types of energy.

Modern shamanic and esoteric practices include the use of a ritual stick. The stick is an instrument of invocation of spirits and serves primarily to direct spiritual energy. Healing energy can be mentally transmitted through the stick and out into the environment or into a patient’s body. Prayer and intention can be broadcast to the spirit world. It may serve as a divination tool, extraction aide, and purifying device.

The Shamans stick or wand dates back to prehistoric times. Some of the first depictions of a stick comes from Egypt, in the hands of the Pharaohs. The Greek god Hermes is depicted with a caduceus, a winged stick or staff with two snakes coiled around it. In Celtic mythology, the so-called “Triple” or “Triadic” Goddesses are often seen or depicted with sticks.

Sticks should be made from the limbs of a living tree or recently fallen from a living tree, preferably of a light-colored wood, since air colors are clear, white and sky blue. The limb should be between ¼ and 3/8 inch, and be no longer than from the bend of your elbow to the tip of your middle finger.

Longer sticks are considered as a wizard or Shamans staff. A staff serves as a tool and frequently a symbol of status and power. Some staffs are adorned with talismans and feather, carved with various patterns and designs, we find that a smooth surface with no carving produces the greatest and most effective flow of air energies. The staff is generally a highly personal piece of equipment – often one he makes for himself – and will generally reflect his personality in appearance and function. Using another wizard’s staff may be dangerous or even impossible – some users believe that they are self-aware to some degree or at least highly bonded to their creator and resist strangers – although there are some stories of staves being inherited.

The staff may serve as a larger replacement for a stick or may be a separate tool to be used alongside it, depending on tradition. In many systems the staff serves as a magical earthling or stabilizing device or as a concentrator or reservoir for magical power. Alternatively they may serve to maintain a spell which would normally take the Shaman’s own effort to prolong. In most traditions they can also serve as an extension of the Shaman`s body, delivering workings that would normally require him to touch the subject.

Staves are traditionally made of wood. It may also be possible to make a staff from bone, metal or even minerals such as or composites. The materials of construction may vary depending on the type of magic the staff is to specialize in, and shaping and ornamentation may be vital magic. 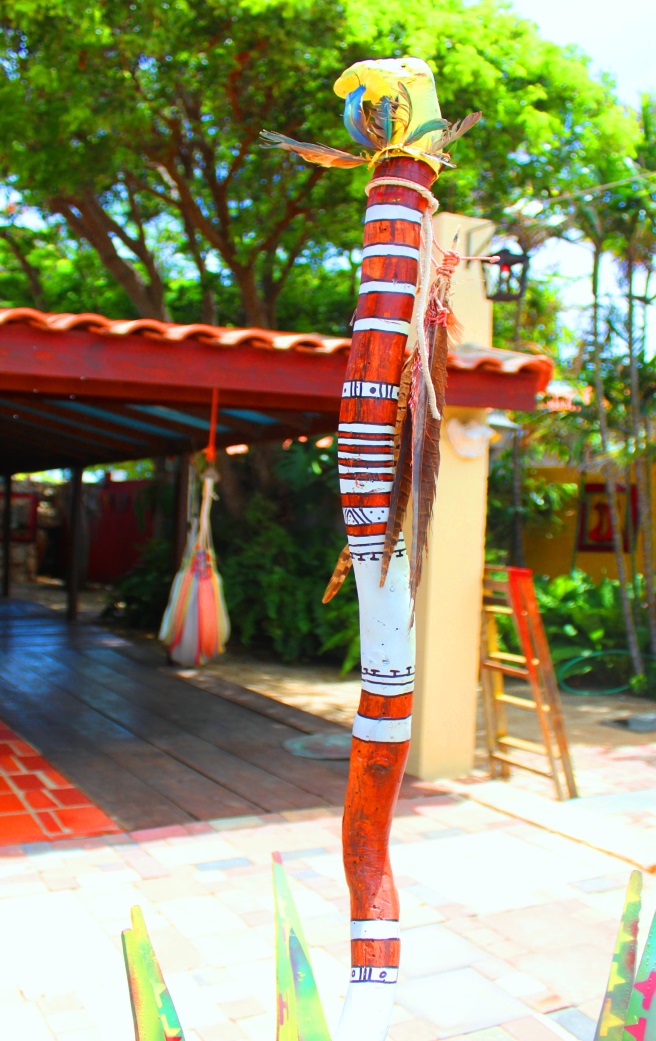 Like most magical tools, your stick or staff should be “keyed” or personalized to your own energies. Keying aligns the flow of the base to tip, and ensures that only you will be able to use it. If you’re a beginning practitioner, the stick is an excellent first tool, allowing you to practice the major techniques of sweeping, pulling, flowing and flaring without endangering yourself or others.

To immerse in what Aruba is all about, its people, its origins, its animals and culture, we highly recommend you to book your visit for our renowned cultural encounter session which has been entertaining curious, scientist and bohemians for decades. Mail us at etnianativa03@gmail.com to confirm your participation. Our facilities and activities take place close to high rise hotels.