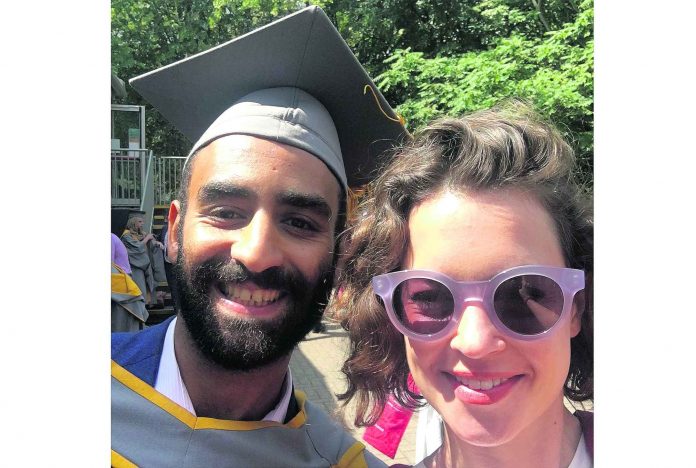 An Egyptian court on Sunday upheld a prosecutors’ decision to freeze the assets of three senior staff members at one of the country’s most prominent human rights groups.

The three rights workers were freed Thursday after being arrested last month and slapped with terrorism-related charges. Their release came after an international outcry over the government’s crackdown on one of the last rights groups still operating in Egypt.

The Egyptian Initiative for Personal Rights tweeted Sunday that a Cairo court handling terror-related cases ordered a temporarily freeze of “all personal assets and property” of the three members, including its executive director Gasser Abdel-Razek.

It said the court ruling came “without hearing any oral arguments or allowing defense lawyers to even read the freeze order.” The decision did not apparently cover EIPR’s assets as an entity, it said.

The arrests of Abdel-Razek, along with EIPR’s criminal justice director Karim Ennarah and administrative director Mohammed Basheer, came after the organization hosted foreign diplomats for 13 Western countries to discuss the human rights situation in Egypt. The three were released pending an investigation into charges of belonging to a terrorist group and spreading false information.

A researcher for the group arrested in February, Patrick Zaki, was awaiting the court’s decision Sunday on an extension of his detention, said Hossam Bahgat, who founded the organization 18 years ago and stepped back in as acting head after Abdel-Razek’s arrest. Bahgat’s assets have been frozen for years, and he’s banned from traveling abroad.

The court did not communicate its decision, despite the end of its working day, EIPR said.

In court, Zaki and his lawyer called for his immediate release, arguing that there were “no grounds” for his continued detention, EIPR said. Zaki faces accusations of spreading fake news and calling for unauthorized protests.

Egypt under President Abdel-Fattah el-Sissi has overseen the heaviest crackdown on dissent in the country’s modern history. Officials have targeted not only Islamist political opponents but also pro-democracy activists, journalists and online critics.

Egypt is a U.S. ally with deep economic ties to European countries.

The latest crackdown against EIPR raised an alarm in many parts of the world. The United Nations, some foreign governments, international rights groups, politicians and celebrities — including actors Emma Thompson and Scarlett Johansson — called for the three to be freed.

Their release came ahead of a visit by el-Sissi to France, a major arms provider to Egypt. El-Sissi arrived in Paris Sunday and is scheduled to meet Monday with French President Emmanuel Macron, who faced calls from rights groups to pressure the Egyptian leader to free the three and other activists.

Amnesty International slammed Sunday’s court decision upholding the asset freeze and called for the international community to keep pressuring el-Sissi’s government to stop what it called “the existential threat to the Egyptian human rights movement.”

The London-based rights group also called on Macron to pressure el-Sissi to release jailed rights defenders. Amnesty said at least 31 leaders of civil society groups are on a travel ban list, while 13, including the EIPR’s recently released workers, have had their assets frozen.

“As part of a broader response to pressure the Egyptian authorities to halt their assault of the human rights movement, the international community must, through the (U.N.) Human Rights Council, establish a monitoring and reporting mechanism on the situation of human rights in Egypt,” Philip Luther, Amnesty International’s Middle East and North Africa Research and Advocacy Director, said in a statement.