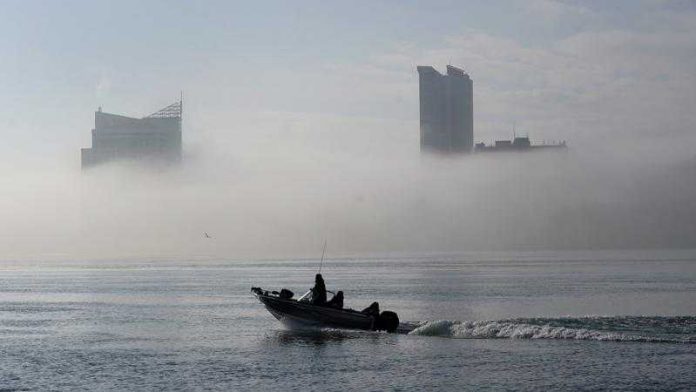 By MIKE SCHNEIDER and COREY WILLIAMS

DETROIT (AP) — Majority-Black Detroit has become the largest U.S. city to challenge its figures from the 2020 census following a national head count in which the U.S. Census Bureau acknowledges that a higher percentage of African Americans were undercounted than last decade, according to the U.S. Census Bureau.

Leaders of Michigan’s largest city, which is more than three-quarters Black, had questioned the results of the 2020 census since last December when they released a report suggesting that more than 8% of the occupied homes in 10 Detroit neighborhoods may have been undercounted.

Detroit filed its challenge late last week, according to the U.S. Census Bureau.

In a letter to the Census Bureau, Mayor Michael Duggan said insufficient resources and not enough census takers were devoted to the count in Detroit, resulting in an undercount of unoccupied homes that could amount to tens of thousand of residents being overlooked.

“The Census Bureau now has an obligation to set the record straight,” Duggan said.

The 2020 census data showed Detroit with 639,111 residents, while estimates from 2019 put the city’s population at 670,052 residents. A drop of 31,000 residents would be “really implausible,” Jeffrey Morenoff, a University of Michigan sociology professor who helped conduct a study on the undercount for the city, said when the report was released in December.

Detroit is no stranger to census challenges. Then-Mayor Coleman Young sued after the 1990 census, and the numbers were later adjusted.

Even though the overall U.S. population was missed by a small percentage, 0.24%, during a once-a-decade head count challenged by the pandemic, natural disasters and political interference from the Trump administration, some minority groups were overlooked at greater rates than the previous decade. The Black population was undercounted by 3.3%, those who identified as some other race had a 4.3% undercount, almost 5% of the Hispanic population was missed and more than 5.6% of American Indians living on reservations were undercounted.

Detroit is among almost two dozen cities and counties that have challenged their census figures so far. States and municipalities have until the middle of next year to appeal their figures through the Census Bureau’s Count Question Resolution operation. Challenges are rarely successful, but the outcome could determine whether the cities and counties get their fair share when it comes to the distribution of $1.5 trillion in annual federal funding.

In Detroit’s case, Duggan said that federal funding for the city tied to the 2010 census in the previous decade exceeded $37 billion.

“A roughly 8% undercount of Detroit’s population in the 2020 census creates disastrous financial consequences for the City,” Duggan said.

The overwhelmingly majority of the municipalities challenging their census figures are small towns, with more than half of them coming from the rural South. About half a dozen have said in their challenges that prisons in their communities were overlooked during the count.

Residents of prisons, nursing homes and college dorms — also known as group quarters —- were among the most difficult people to count during the 2020 census since students on campus were sent home when the pandemic began in the U.S. in March 2020, and prisons and nursing homes went into lockdowns against the spread of the coronavirus.

Because of the difficulties in counting these residents, the Census Bureau last month created a separate program for challenges of group quarter counts.

Leaders of municipalities making the challenges said an incorrect count could cost them state and federal grants. Mayor Joe Sparks of Bennett, Iowa, said he is worried that the town won’t get money for two emergency power generators from the Federal Emergency Management Agency if its census numbers aren’t corrected.

Study: 1-in-5 U.S. adults bet money on sports in past year