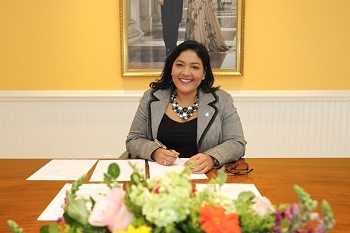 It is essential to mention that the anticipated deficit for 2021 is 140 million lower. The expected budget deficit of 762 million is now 622 million florins.

In addition, some expenses are not included, namely:

Some other changes also lowered the expenses, namely:

This week, the law concept for the changes in the National Budget 2021 was sent to the Advisory Council for advice. Once the Government receives its corresponding advice, they will make the eventual changes and send it to the Parliament for approval before the end of the year.

Diploma ceremony for 14 new police officers to reinforce the Police...