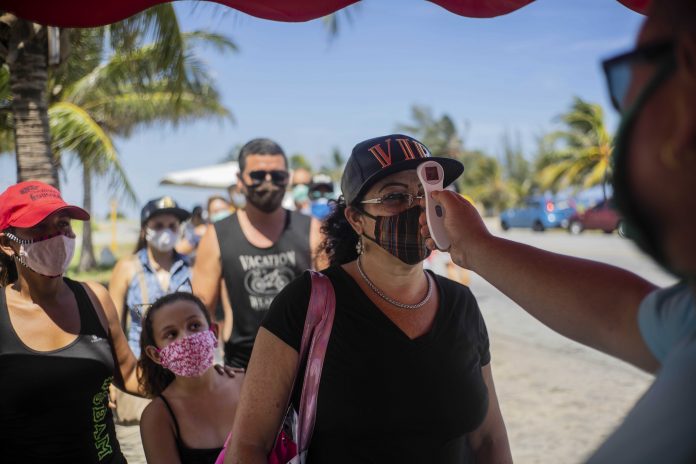 Cuban authorities launched a strict 15-day lockdown of Havana on Tuesday in order to stamp out the low-level but persistent spread of the novel coronavirus in the capital.

Aggressive anti-virus measures including closing down air travel have virtually eliminated COVID-19 in Cuba with the exception of the capital, where cases have surged from a handful a day to dozens daily over the last month.

Starting Tuesday, Havana is under a 7 p.m. to 5 a.m. curfew. Most stores are barred from selling to shoppers from outside the immediate neighborhood, in order to prevent people from moving around the city. Gas stations cannot sell gas to privately owned vehicles, another measure meant to reduce mobility.

Police stationed on every road leaving Havana are charged with stopping everyone who doesn’t have a special permit to travel, meant to be issued only in extraordinary circumstances. Some provinces that saw no new cases for weeks have begun detecting them in recent days, often linked to travelers from Havana.

The start of the school year is also indefinitely delayed in Havana, even as schools open in the rest of Cuba.

The island of 11 million has reported slightly more than 4,000 cases and fewer than 100 deaths since the start of the epidemic, one of the lowest rates in the region. The country made face masks obligatory in the early stages of its pandemic response and in the first months of the crisis police aggressively fined and even jailed people for violations.

That stance slackened somewhat as Havana moved out of the first, strictest phase of lockdown in July, public transportation restarted and people returned to work. Cases began to climb, and the capital province returned to phase zero last month.

But the measures failed to brake the rise of coronavirus, as authorities bemoaned widespread violations of requirements including wearing face masks, avoiding large gatherings and maintaining social distance.

The government announced last week that for at least 15 days the capital would be placed under the strictest measures to date. They include fines of more than $80 per violation, more than double the average monthly wage.

“We are going to demand people follow the rules with a lot of rigor so that our country sees the results it deserves,” Dr. Francisco Durán, the country’s head of epidemiology, said Tuesday morning.

Boats emerge from Sahara sand to transport migrants to Spain