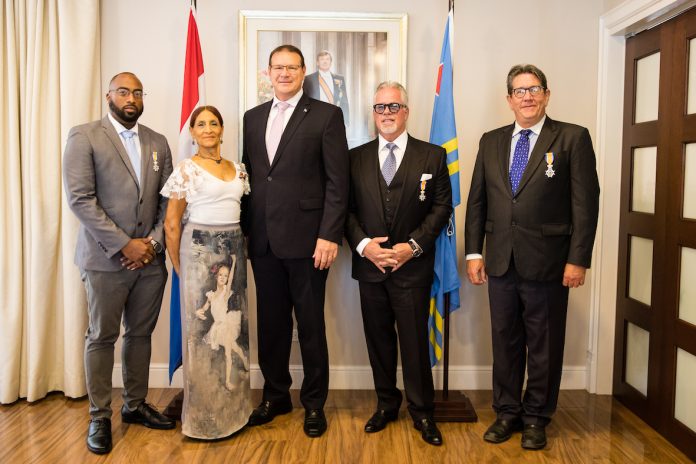 The Order of Orange-Nassau is a civil and military Dutch order of chivalry founded on 4 April 1892 by the Queen regent Emma, acting on behalf of her under-age daughter Queen Wilhelmina. The order is a chivalric order open to “everyone who has earned special merits for society”

The presentation took place as part of the annual ribbon shower that took place on Friday 26 April. Because the aforementioned decorated people could not be present, they have now received their Royal Award from the hands of the Governor. Aruba to me… “Our beloved Aruba!