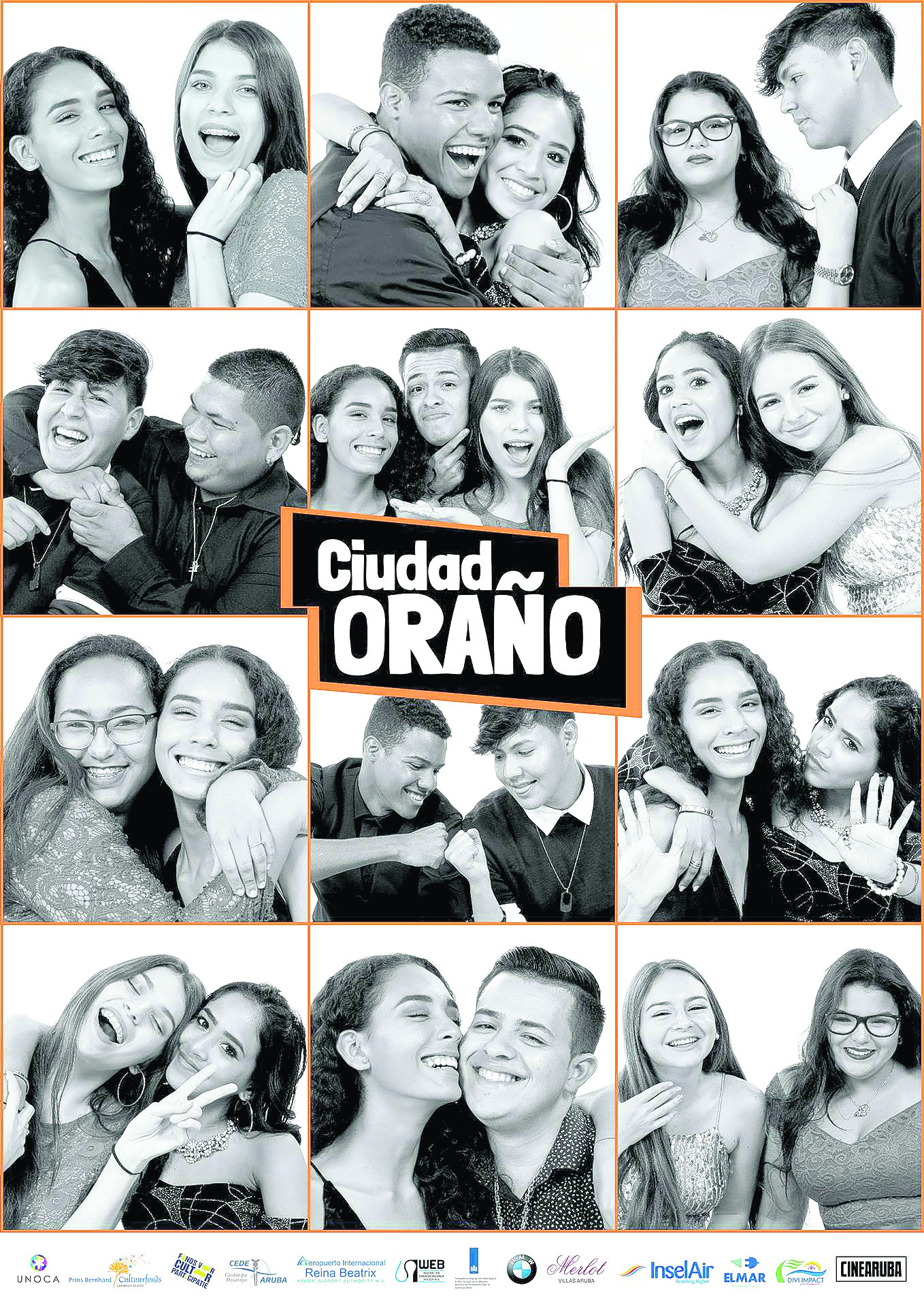 ORANJESTAD — The much anticipated project of CINEARUBA Foundation “Orange City” will finally receive its premier in a very special way. In red carpet style in Crystal Theatre more than 50 local talented young actors will be honored for being part of this fictional production “Orange City”.

The idea of “Orange city” was born from a story written by Juan Francisco Pardo in 1992 an Award-winning Caribbean Filmmaker born on this beautiful Island of Aruba. He is a multitalented filmmaker and media designer. His passion and vision for this art form has been recognized in the reception of multiple awards and founder of foundation CINEARUBA.

CINEARUBA foundation was founded in 2010 as an educational organization, soon grown into a talent development platform that provides successful multidisciplinary workshops and projects. Currently, the organization is active in the educational, creative, cultural, and social sectors with film productions and projects related to cohesively tie these areas as unique concepts.

In 2015, CINEARUBA foundation decided to establish a club “Into acting youth club” to promote personal development, develop talent and to develop acting skills in our youth. The club was based on the international positive development in the youth which is a program to educate and get the youth involved in different activities in a positive way.

Orange City” consists of newspaper articles in which young adults were involved. What is more remarkable is that 26 years later the social problems still exists and got even worsen. Some adjustments have been made in order for it to fit in today’s digital social media. The young actors taking part in this project “Orange City” have been preparing for over a year now. They had to learn over 100 pages of scripts.

November 2016 the filming of this project initiated. The filming was planned according to location, which made every scene to be filmed chronological. This way it would spare more time and it also put the young actor’s memory to the test. Acting is not easy. It requires dedication and a good memory. The public will see a series of scenes that follow each other but in reality these scenes were not filmed that way. Scenes have been filmed separately but will come together as a jigsaw.

Just as acting is important so is everything else that completes the image such as the costumes, decoration, hairdos, makeup, cameras, lightning, sound and directing. It’s a collaborative work.  The post production of “Orange City” took a lot of time. More than 40 different songs have been composed for this project from editing to sound effects, music, mixing of sounds and also color adjustments and visual effects. “Orange City” is a big production for such a small island where funds for visual arts is not easy attainable.

That is why the project was also split into different phases. Such project has been done for the first time in Aruba. It shows that Aruba has talent and that it requires passion and dedication in despite the limits that Aruba has for something like this. The entire community of Aruba is invited to be part of such a dramatic project produced by our local actors. Official launch of Orange city will be on Saturday September 1st 2018 at Crystal Theatre.

CINEARUBA foundation wants to continue producing more projects to get our community involved therefor this presentation is also a fundraising event. For more information visit their facebook page cinearuba.