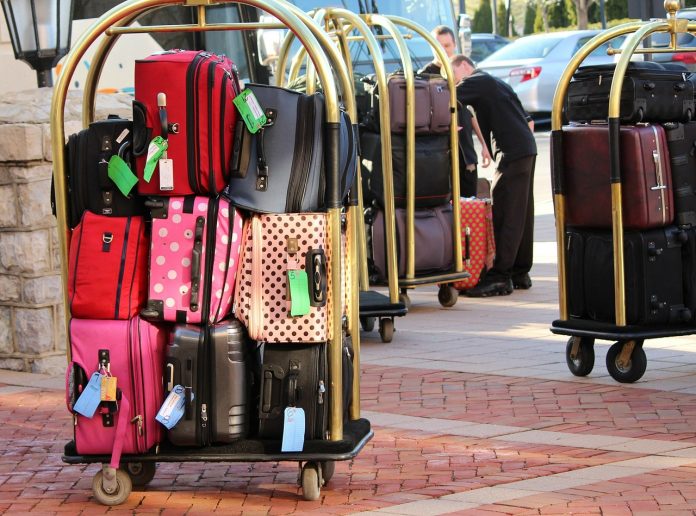 If there is one aspect I feel that nobody seems to respect in the hospitality industry is the checkout times. This can be especially difficult or troubling in a timeshare resort, where we can’t just reassign people. Over the last few weeks we’ve found ourselves with lists of rooms who are still in their rooms past check out time. Even the threat of a late check out fee tends to not deter some people from breaking the rules.

Considering the size of our suites and other similarly sized resorts who deal with timeshare clientele, our check out times are not an arbitrary thing to make your life difficult. Usually these check in and check out times are just enough for housekeepers to go in and give the rooms a thorough clean and restock for the next member. The weeks that fall in with holidays tend to be the most difficult as guests staying these weeks tend to be here for two week or more, so Saturdays become a heavier than usual cleaning day once those rooms need to be turned around.

We in reservations do our best to provide housekeeping with as much information on arrival times and dates so they can schedule their check out day as effectively as possible. If one housekeeper has a section that only needs the basic services because they’ll be staying on, it frees them up to give others who may have five checkouts on that same Saturday a hand in getting their rooms finished by the guaranteed check in time.

Getting rooms back in service by the time we guarantee is only made more difficult by those who refuse to leave because; they have a later flight, had too many drinks the night before and can’t wake up or feel they should be allowed to stay in until the housekeeper is at the door. Behind the scenes of all of this, there are various calls between departments to determine course of action. Usually the front office and housekeeping managers will reach out to the guest to ask for their cooperation.

Usually they get an answer that someone approved them a late check out, which we all know is not true, because nobody wants that kind of heat on them on a Saturday morning. All the more evidence by the fact that usually the guest won’t give up the name of the person who supposedly allowed this late check out.

After they’re informed that we checked with all appropriate departments about this and have no records of them being approved a late check out, we give them another opportunity to cooperate, before extreme measures are taken. If the guest refuses to leave they’re made aware of the late check out charge and informed that security will be sent to remove them. Removing someone is not a pleasant experience either for the security staff or the guest themselves, but we have work that needs to get done so someone else can start their vacation.

We aren’t trying to go to the nuclear option and we really don’t want things to escalate that far. Whenever possible we try to be flexible, but at the end of the day while you’re refusing to leave and causing all this drama it pushes our schedule off track. Once the schedule is off and that room gets delivered late, then not only have we had to deal with one issue, but now we have the guest checking in that will be upset that they haven’t received their room on time. It becomes a domino effect of negativity. So please next time you ask for a late check out and are rejected, know that we aren’t saying “no” just for the sake of it, but we are looking at the forecast for the day.