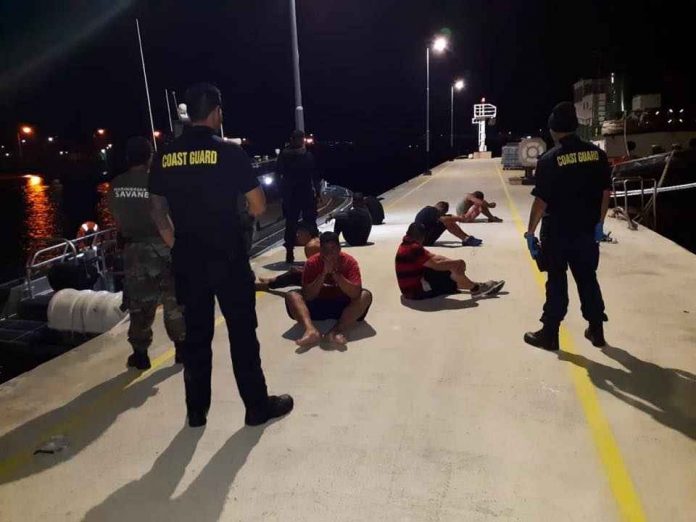 In the coming year, the Caribbean Coast Guard will strengthen its information position and cooperation with partner services within law enforcement. This is stated in the ‘Annual Plan 2021 Carib Coastguard’, which the Council of Ministers of State has approved on the proposal of Defense Minister Bijleveld-Schouten.

The aim is to further strengthen the so-called intelligence-driven police action in the maritime domain in the coming year. This is achieved through good cooperation with the other executive services within the Kingdom, by focusing more on analysis capacity, through more intensive cooperation with international partners and through better digital infrastructure and information management.

Together with the Royal Netherlands Marechaussee, Dutch Customs and the national services, the Carib Coast Guard will be intensively involved in strengthening border control. The purpose of border control measures is to contribute to combating cross-border / transnationally organized (undermining) crime in the Caribbean countries of the Kingdom and to improve mutual cooperation between the services.

The coast guard operates in a dynamic field. Venezuela is in a political, social and financial-economic crisis, in addition, the long coastlines are difficult to monitor and the Caribbean has to deal with a lot of drug trafficking. In the field of detection, a significant improvement in quality will be made from next year. This is done, for example, with the new shore detection system, which allows the coast guard to maintain an up-to-date environmental image. This also includes mobile radars, drones and cameras.

Thanks to previously announced investments by the Dutch government, the coastguard will be able to hire extra personnel for the next five years. There is room for an expansion of dozens of full-time positions at the Coast Guard support centers. The intention is that by 2025 the coast guard will be able to perform its tasks completely independently 24 hours a day by intelligence-led police operations.

Investments are also being made in the field of equipment. In the coming years, a future-proof continuation of the tasks of the Coast Guard will remain possible because all countries within the Kingdom contribute to the joint financing of equipment, such as Cutters, the shore radar and the helicopter capacity. A boat jetty will be constructed on Bonaire in 2021 as part of the new multidisciplinary maritime hub Bonaire to be created together with the chain partners.

The Coast Guard for the Kingdom of the Netherlands in the Caribbean provides maritime safety (safety & security) in the Caribbean through investigation, supervision (enforcement) and services.