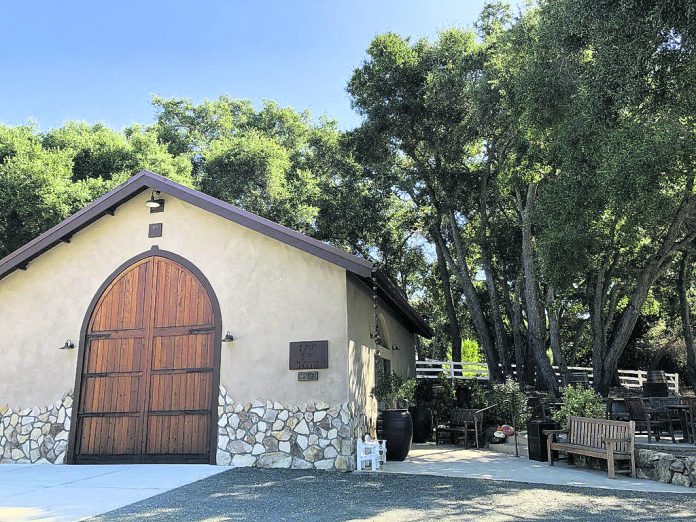 Winemakers around this central California city can grow a mind-boggling variety of grapes thanks to a wide diversity of microclimates.

Visitors can take a tasting tour of European varietals — from Italy and Spain as well as France’s Rhone and Bordeaux regions.

The wine-growing area around Paso Robles is nearly three times the size of Napa Valley. Rainfall ranges from 10 to 30 inches per year in different areas, and elevations in the foothills of the Santa Lucia Mountains rise from 700 feet to more than 2,400 feet. On the wetter and cooler west side of Paso Robles, Rhone-style varietals grow best. The drier and warmer east side works well for Bordeaux grapes.

Wine reviewers have taken note of the region’s more than 200 wineries.

Opolo Vineyards, for example, has nearly 300 acres of grapes on both the east and west sides and offers more than a dozen varietals, from the white Spanish albarino and French rousanne to robust Italian reds sangiovese and tempranillo.

On an October wine-tasting trip, my husband, Rick, and I found Paso Robles to be a sweet spot between Los Angeles and San Francisco. The wildfires that have plagued wine country to the north and south have not been an issue in this region. Tasting fees are reasonable: $10-$20. And the wine was excellent almost everywhere we went.

From our centrally located hotel, we set out to sample the offerings from a cross-section of wineries clustered to the west and east, along with the Tin City warehouse district south of downtown.

Tablas Creek Winery pioneered Rhone-style winemaking in Paso Robles in the 1990s when French winery Chateau de Beaucastel and U.S. importer Vineyard Brands joined forces to find a California terroir similar to southern France. Today, Tablas Creek produces 25,000 cases per year of a variety of whites and reds, including blends of mourvèdre, counoise, syrah and grenache. We liked the 2017 mourvèdre ($40), the 2018 picpoul blanc ($30) and the 2018 Dianthus rosè.

Nearby, Opolo Vineyards features an onsite inn and restaurant, and hosts special events as well as weddings. (There’s also a distillery, but we were all about the wine.) Standouts were the 2017 Mountain Zinfandel ($29) and 2017 Montagna Mare, a blend of Italian varietals barbera and sangiovese ($29).

Villa Creek Cellars on the west side requires a reservation and charges $20 for a flight of five wines. In its certified organic vineyards, the winery plants the most acreage in grenache, and makes only 2,500 cases per year.

Its Rhone-style reds really shine, especially the 2013 High Road, a blend of mourvèdre, syrah and grenache ($105). The more affordable 2016 Willow Creek Cuvee ($60) is a blend of the same grapes, but with the grenache up front rather than the mourvèdre. We were pleased to taste a southern Italian white grape, fiano, as part of our flight.

On the east side of town, Sculpterra Winery greets visitors with whimsical outdoor sculptures and tables for viewing and sipping, as well as a large patio. Ten dollars will buy you a flight of eight wines, including a tasty 2014 petite syrah ($50). We also were partial to the 2014 maquette ($44). Sculpterra also features weekend music and monthly events.

One of our favorite wineries was Giornata Wines, a small, family-run winery that makes 4,200 cases of Italian varietals in its Tin City warehouse. We especially enjoyed Giornata’s nebbiolo ($45), sangiovese ($35) and montepulciano ($35). The tasting fee is $10, but reservations are required for the tiny tasting room.

We were steered to Paix Sur Terre by servers at several other wineries and we quickly learned why. At only 1,200 cases per year, this boutique winery’s offerings were very good across the board. We especially liked the 2017 mourvèdres: The Other One and Comes A Time (each $55) — produced in separate vineyards.

Niner Wine Estates offers food in addition to wine, which was a welcome sight at midday. The tasting room opens onto a large patio with expansive views of the vineyards. We liked all the reds we tasted, especially the 2016 syrah ($30) and the 2016 cabernet franc ($40).

We traveled north of downtown to J. Lohr Vineyards, whose cabernet sauvignon we’ve seen at retail stores around the country. The 2017 Seven Oaks vintage — of which 1 million cases were produced — sells for $17 at the winery, a few dollars more than we’ve spent on both the east and west coasts. The tasting pours were generous for our $15, however, and we loved the 2014 Carol’s Vineyard cab ($60), though it is sourced in Napa Valley.

In the Amazon, indigenous debate how to save their lands