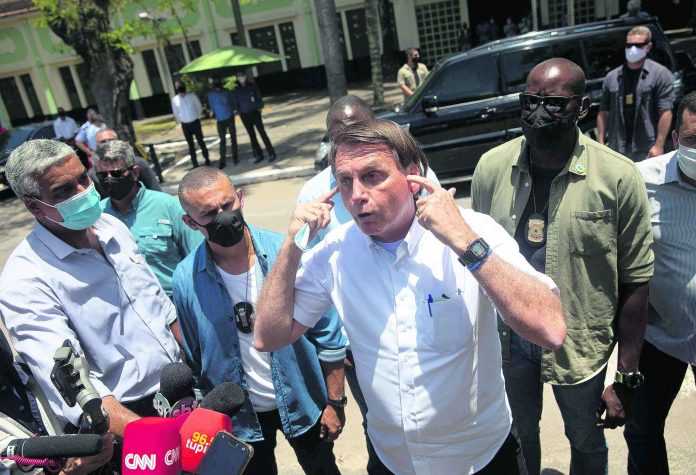 Brazilian President Jair Bolsonaro — who sometimes has embraced the label “Trump of the Tropics” — said Sunday he’ll wait a little longer before recognizing the U.S. election victory of Joe Biden.

Speaking to reporters while casting a ballot in municipal races, he also echoed President Donald Trump’s allegations of irregularities in the U.S. vote.

“I have my sources of information that there really was a lot of fraud there,” he said. “Nobody talks about that. If it was enough to define (victory) for one or the other, I don’t know.”

Asked if he would recognize Biden’s victory, he said, “I am holding back a little more.”

He also expressed doubts about Brazil’s current electronic voting system, which he has suggested is vulnerable to fraud. He has urged the country to go back to a paper ballot system for the 2022 presidential election.

The conservative Brazilian leader has appealed to the same sort of right-wing populist base in Brazil that Trump has courted in the United States, and has welcomed comparisons to the U.S. president.

Like Trump, he has embraced unproven treatements for COVID-19 and has campaigned to ease restrictions meant to combat it, arguing the economic loss is more damaging than the illness itself.

Reporting for duty: Airline crew sign up to help hospitals