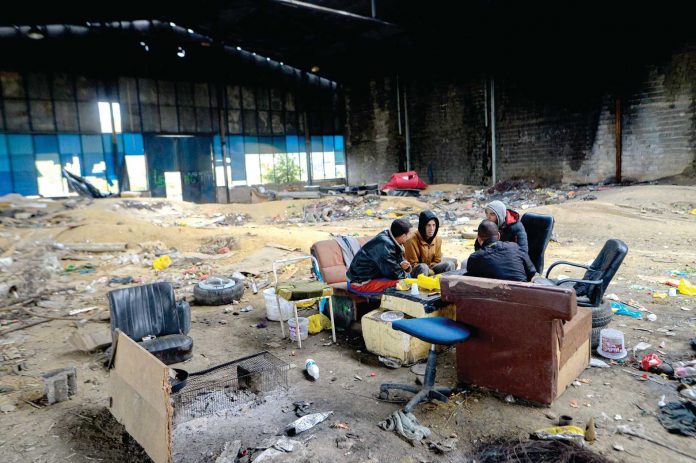 Bosnian authorities have started emptying U.N.-run migrant camps in town centers, moving hundreds of people to a crowded, out-of-the-way facility that’s not equipped for winter conditions — or just leaving them to fend for themselves in the woods.

There are some 10,000 transient migrants and refugees stuck in the small Balkan country, who already face a chronic lack of accommodation: At least one in four live outside organized facilities.

On Wednesday, local authorities in the northwestern Krajina region sent police to evict several hundred people from the Bira camp in the town of Bihac. Groups of mostly young men were bused to a remote camp that was already full to its 1,000 capacity.

Peter Van der Auweraert of the United Nations migration agency, IOM, told the Associated Press that the crowded tent camp, set up in April, might soon be forced to close. “The camp is only for summer weather conditions,” he said.

In the next few days, Krajina authorities plan to empty a second camp of its 700 residents. It’s unclear where they will be sent.

Local authorities have for long complained of bearing the brunt of Europe’s lingering migration issues, accusing other parts of their impoverished country of failing to help out.

IOM runs seven official migrant camps in the country, including five in Krajina, that now house nearly 7,000 people. The camps set up in town centers in Krajina, including Bira, which local authorities have for long been bent on shutting down, account for over a half of the overall reception capacities available to migrants in Bosnia. Even prior to the latest crackdown, an estimated 2,500 migrants were sleeping outdoors in squalid, insanitary conditions in Krajina.

Over the past two weeks, remote woods, abandoned run-down buildings and roadsides on the edge of Krajina cities begun filling with makeshift camps set up by homeless migrants who had been pushed out by local authorities from town centers and left in desolate areas to fend for themselves.

The EU has provided Bosnia with 60 million euros ($70 million) in emergency funding, most of it for the IOM-run migrant camps.

Bosnia, which has never truly recovered from its brutal 1992-95 war, became a bottleneck for thousands of Europe-bound migrants three years ago when other nations closed their borders and disrupted migration paths through the Balkans.