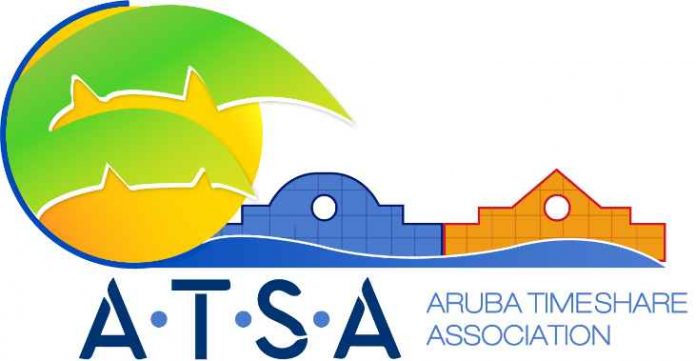 The announcement was made by chairman of the ATSA board, Luigi Heredia, of Costa Linda Beach Resort.

The ATSA resorts, says Heredia, were among the least affected by the pandemic, and they continue to register average occupancies above the 50% mark, and their members are returning to visit the island despite restrictions.

Vacation Ownership, formerly known as the timesharing industry is in its fifth decade here and plays a major economic role with about forty (40) percent of Aruba’s total hotel accommodation inventory consisting of timesharing units. Thanks to loyal owners, the sustained year-round high occupancies of the sixteen (16) timeshare Resorts on the island is often the envy of all other competitors.

The industry concludes Heredia, is now focused on maintaining its employees, helping them through the crisis, complying with government payments, designed to support the public sector and safeguard community projects. Similar to all other businesses, the industry would also like to see flexibility introduced into labor laws and a better, more efficient reset, of the public sector on the island.

The two newly elected board members will be replacing Ursell Arends, La Quinta, and Freddy Albertus, Paradise Beach Villas, who are stepping down as board members, while remaining association members. They both reported they will be participating in some new private and professional ventures in 2021.

Ursell Arends, the former president of the association served as a board member in 2020. In his role, he was responsible for the voice of the association to be continuously heard, making sure the association remains a relevant, vibrant force in hospitality. Under his leadership, the University of Aruba is currently completing a project conveying the message that the vacation ownership industry offers solid opportunities in hospitality, here. The project will appear in the form of an education book, in the very near future. Arends will be devoting his time to upgrading and improving the La Quinta vacation product and participating in a local political party, RAIZ.

Bob Curtis, General Manager, Casa Del Mar, joined ATSA in 2014, when he became the general manager of his resort. He will be serving on a number of ATSA committees, such as Hurricane and Calamity preparedness, and devote his time to upgrades and improvements at Casa del Mar, which is doing very well under the circumstances, with members coming on vacation regularly, and even buying additional weeks, he reports.

Jessica Franken, Assistant General Manager, La Cabana Beach Resort & Casino, got involved with ATSA, since its inception. She is returning in 2021 at the secretary of the board. “We focus on staying in close contact with our guests,” she says, “to help the resort and ATSA generate revenues required to keep the island’s economy afloat. Our loyal owners, are an important part of the island’s recovery. They frequently say they feel safer here, than at home.”

Among ATSA’s Community Projects in these difficult time is the support of the Red Cross Aruba, with a five-year commitment. Also most importantly, ATSA collaborates with CEDE ARUBA on an Individual Giving Based Fundraising. ATSA and CEDE ensure the funds go where they are really needed.

Research highlights risks of over-tourism and climate change in Aruba