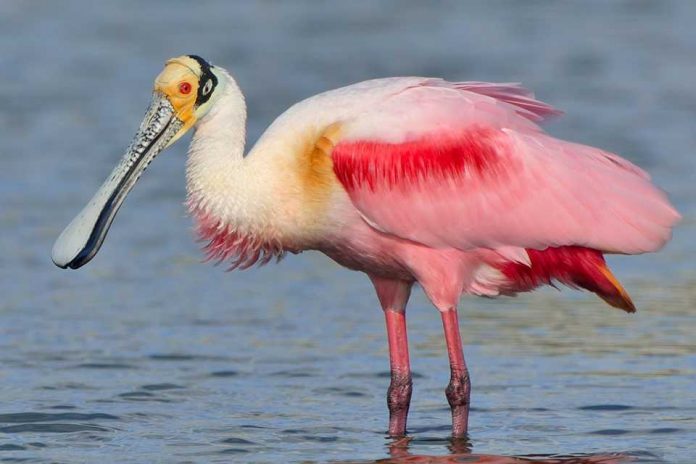 The national park Arikok comprises almost 18 % of the island. Its rugged terrain, desert-like hills filled with tall cacti, breathtaking coastline and protected local flora and fauna welcome you to be explored. There is numerous wildlife to discover like for example the sea turtle who lays his eggs on the park’s beaches. There are more places on the island that are a preserved area like the Bubali Plas which is a bird sanctuary.

The national park Arikok takes you on a memorable journey of the islands past offering unique geological, cultural and historical sites. These can all be enjoyed and explored either on your own or during guided tours. A wide variety of educational and informative programs and fun activities is available.

Did you know that four of the in total seven species of sea turtle lay their eggs on Aruba’s beaches? In the national park, a Least Tern (Sternula antillarum) keeps a strict eye on a very special event taking place below on the beach: a majestic Leatherback (Dermochelys coriacea) heads back to sea after laying her eggs, while another nest laid 2 months ago by the same female hatches. A very rare occurrence of daytime nesting and hatching. Sea turtles prefer nesting in the cool and dark hours of the night. And hatchlings usually wait for the cue of cooling surface sand before emerging. 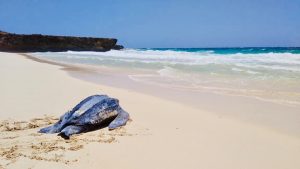 This beautiful close-up image of the pink bird is courtesy of Michiel Oversteegen of the Aruba Birdlife Conservation. This important foundation showcases and builds awareness of Aruba’s birds and other native flora and fauna. You may have seen a ‘pink cloud’ lately at the Bubali or Spanish Lagoon Wetlands areas? It’s most likely to be Roseate Spoonbills (Ajaia ajaja) or ‘Chucharon Cora’ as they are known in Papiamento. This unusual looking bird forages in shallow muddy water while sweeping its flattened bill from side to side to catch small fish, crustaeceans and other aquatic invertebrates. The Roseate Spoonbill remains an uncommon sight as they are vulnerable to degradation of feeding and nesting habitats (Wetlands). (Source: arikok national park)

The affore mentioned is just a part of what Aruba’s nature has to offer. We cannot stress enough to go, see for yourself. The island has the most beautiful beaches but it is also worthwhile to go beyond this and get an idea of our entire island. Lately there is a discussion going on about the effect certain activities have on our nature, for example the ATV vehicles cause a lot of dust, noise and leave tire tracks. Animals live in these areas where the vehicles run, often with high speed and with detrimental consequences to flora and fauna. Motorized vehicles are forbidden to drive on the sand dunes in the Northern part of the island and all beaches in Aruba are forbidden for any motorized vehicle. Treasure our island to enjoy it like you do: as a tropical and natural paradise. We truly appreciate it!

Honoring of Emerald Ambassadors at the Marriott Ocean Club

Short history of the beginnings of baseball in Aruba