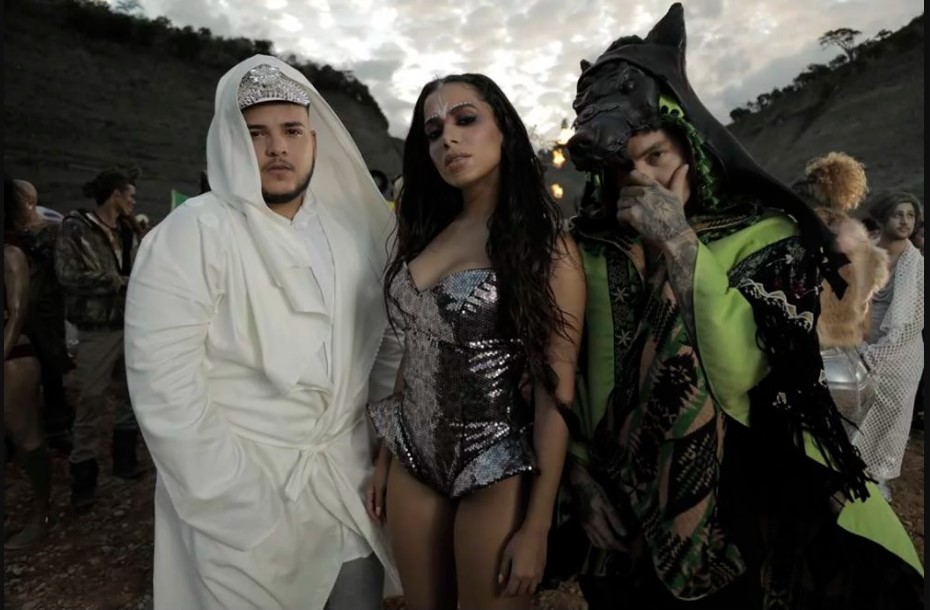 Jeon is from Aruba and he is starring in the newest song of Colombian superstar J Balvin, together with Brazilian singer Anitta. The song called ‘Machika’ refers to the origin of not only Jeon, but also DJ Chuckie, who together with ChildsPlay produced ‘Machika’.

‘Machika’ means ‘smash’ in the Papiamento language; a creole dialect spoken here in Aruba. The Aruban people expressed their pride on Facebook, praising ‘their Jeon’. The song had fans worldwide waiting anxiously and the video had its premiere only last Friday. You see a post-apocalyptic world, a kind of mix between Mad Max and Lord of the Flies. The professional dancers are amazing and the costumes and hair styles edgy and eye-catching. It is a kind of strange attractive and with the beats of the song it gets stuck in your head and mind. At www.billboard.com we read that Colombia’s native son debuted his highly anticipated follow-up to the worldwide No. 1 hit ‘Mi Gente’. Balvin gathered a community of global music influencers and brought them to the mountains of his hometown of Medellin, where he created this post-apocalyptic scene made for something like a war-cry. “[Collaborating] with Willy William and then Beyonce helped internationalize my music but without departing from my culture, which I hold close to my heart. I am very excited about following up that success with ‘Machika’ — working with a truly international team of collaborators that stretches from Brazil, Afro-Caribbean and European EDM. It continues to bring the sounds of reggae- ton into a global music environment,” he said of the new record, in a statement.

“Machika” with Anitta and Jeon is already released to iTunes and Apple Music. The song is rumored to be the FIFA 2018 WORLD CUP OFFICIAL SONG.

New helicopter for the marines