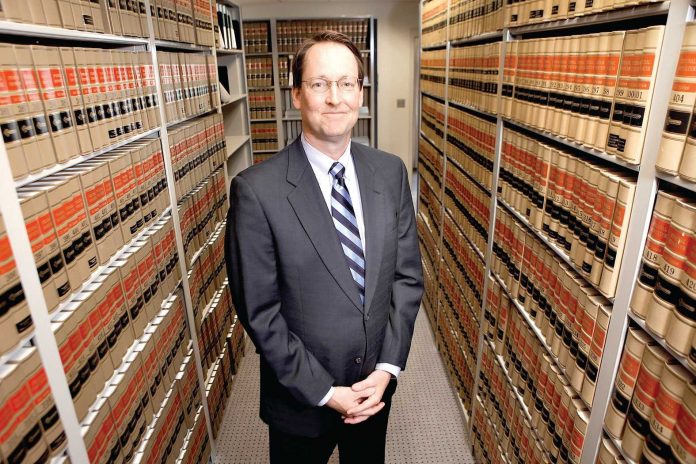 As it stands, ballots will now be due by 8 p.m. on Election Day. A lower court judge had sided with Democrats and their allies to extend the deadline until Nov. 9. Democrats sought more time as a way to help deal with an expected historic high number of absentee ballots.

The Democratic National Committee, the state Democratic Party and allied groups including the League of Women Voters sued to extend the deadline for counting absentee ballots after the April presidential primary saw long lines, fewer polling places, a shortage of workers and thousands of ballots mailed days after the election.

No further details were immediately posted by the appeals court.

State election officials anticipate as many as 2 million people will cast absentee ballots to avoid catching the coronavirus at the polls. That would be three times more absentee ballots than any other previous election and could overwhelm both election officials and the postal service, Conley wrote. If the decision had stood it could have delayed knowing the winner of Wisconsin for days.

The Republican National Committee, the state GOP and Wisconsin’s Republican legislators argued that current absentee voting rules be left in place, saying people have plenty of time to obtain and return their ballots.

Conley in April had ruled that absentee ballots in the state’s presidential election could be submitted up to six days after election day. The 7th Circuit let that decision stand but the U.S. Supreme Court said only ballots postmarked on or before election day would count.

Conley on Sept. 21 also extended the state’s deadline for registering by mail or electronically by seven days, from Oct. 14 to Oct. 21 and declared that poll workers can work in any county, not just where they live. Clerks have reported fears of the virus caused shortages of poll workers in both Wisconsin’s spring presidential primary and state primary in August. Loosening the residency requirements could make it easier to fill slots.

Trump won Wisconsin by less than 1 percentage point — fewer than 23,000 votes — in 2016 and the state figures to be a key battleground again in 2020. Polls show Democrat Joe Biden with a slight lead but both sides expect a tight race.

Olympic gymnast abused by ex-doctor wants him to suffer