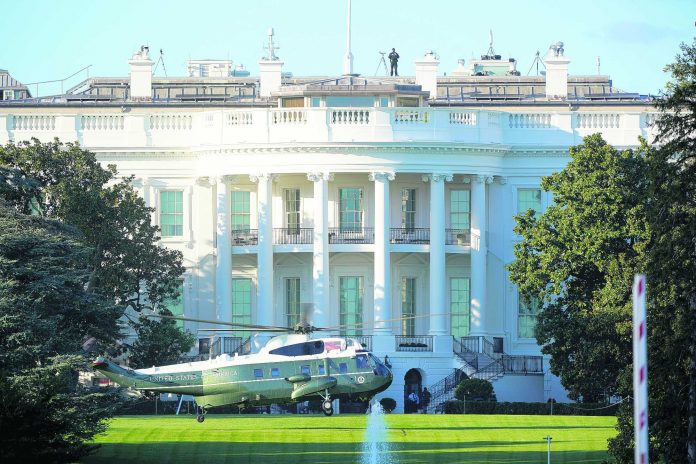 President Donald Trump announced early Friday on Twitter that he has been diagnosed with the coronavirus, and he will spend several days at Walter Reed Medical Center for treatment and evaluation.

The 25th Amendment provides some answers about how presidential power could be transferred, either temporarily or more permanently. Trump has not invoked the amendment in this case. In fact, the White House said he will continue to work from an office set up for him at the hospital.

Here are some questions and answers about the amendment.

WHY WAS IT PASSED?

The push for an amendment detailing presidential succession plans followed the assassination of President John F. Kennedy in 1963. President Lyndon B. Johnson in his 1965 State of the Union promised to “propose laws to insure the necessary continuity of leadership should the President become disabled or die.” The amendment was passed by Congress that year and ultimately ratified in 1967.

HAS IT BEEN INVOKED TO TRANSFER POWER BEFORE?

Yes, presidents have temporarily relinquished power but not all invoked the 25th Amendment. Previous transfers of power have generally been brief and happened when the president was undergoing a medical procedure.

WHAT ABOUT RONALD REAGAN?

The 25th Amendment was never invoked after President Ronald Reagan was shot in 1981. Reagan did temporarily transfer power to Vice President George H. W. Bush while undergoing surgery to remove a polyp from his colon in 1985, but he said at the time he wasn’t formally invoking the 25th Amendment. While he said he was “mindful” of it, he didn’t believe “that the drafters of this Amendment intended its application to situations such as the instant one.” Bush was acting president for eight hours according to a book on the amendment by John D. Feerick.

HOW DOES IT WORK?

The next section of the amendment, Section 4, lays out what happens if the president becomes unable to discharge his duties but doesn’t transfer power. In that case, the vice president and majority of the Cabinet can declare the president unfit. They’d then send a letter to the Speaker and President Pro Tempore saying so. The vice president then becomes acting president.