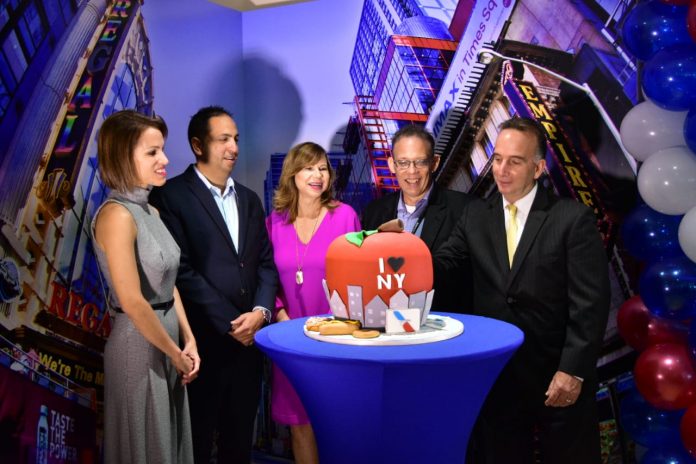 “Our Caribbean footprint is a point of pride for our airline, as the leading airline in the region with service to 38 destinations and counting,” said Alfredo Gonzalez, American’s Managing Director for the Caribbean. “Last December we continued to grow our footprint in Aruba, with new service from Dallas/Fort Worth and from Chicago, and with today’s addition we open up Aruba to one of the most important markets in the U.S., New York, further strengthening Aruba as a tourist destination.” American’s new Aruba service operates on Saturdays with a Boeing 737-800 aircraft, featuring 16 seats in First Class and 144 seats in the Main Cabin. The LGA flight departs from LGA at 8:30 am and arrives at 1:14 pm in Aruba. Passengers departing from Aruba leave at 2:10 pm and arrive in LGA at 7:00 pm.

“American Airlines is a revered partner to our destination, and as increased airlift operations are crucial for Aruba’s tourism growth and continued success, this new flight service further integrates our tourism sector in a key feeder market of New York City,” said Ronella Tjin Asjoe-Croes, CEO of Aruba Tourism Authority. “With this additional flight service, we look forward to welcoming new and returning visitors to our One Happy Island.” The airline has a strong presence in the Caribbean with more than 900 weekly flights during the high season to 38 destinations. Currently American operates year-round service from Aruba to Charlotte, Dallas/Fort Worth, Philadelphia, Miami and New York and seasonal service from Chicago.

“We welcome the LGA flight with open arms,” said AAA CEO Mr. James Fazio. “American Airlines has been a very loyal partner to AUA for years and the addition of a 6th direct/non-stop service further demonstrates their continued confidence in the Aruba market. New York is a very popular destination for locals and Aruba is a very popular destination for New Yorkers, that’s truly a win-win situation for both markets. It’s important to mention that this flight is possible thanks to our US Pre-Clearance facility at the airport, seeing that La Guardia Airport doesn’t have their own immigration facility. We are thankful to American Airlines, the Aruba Government, ATA and our staff for making this flight a reality for our passengers!” Q

297 Baseball Academy will be hosting Team Super Nova and team...