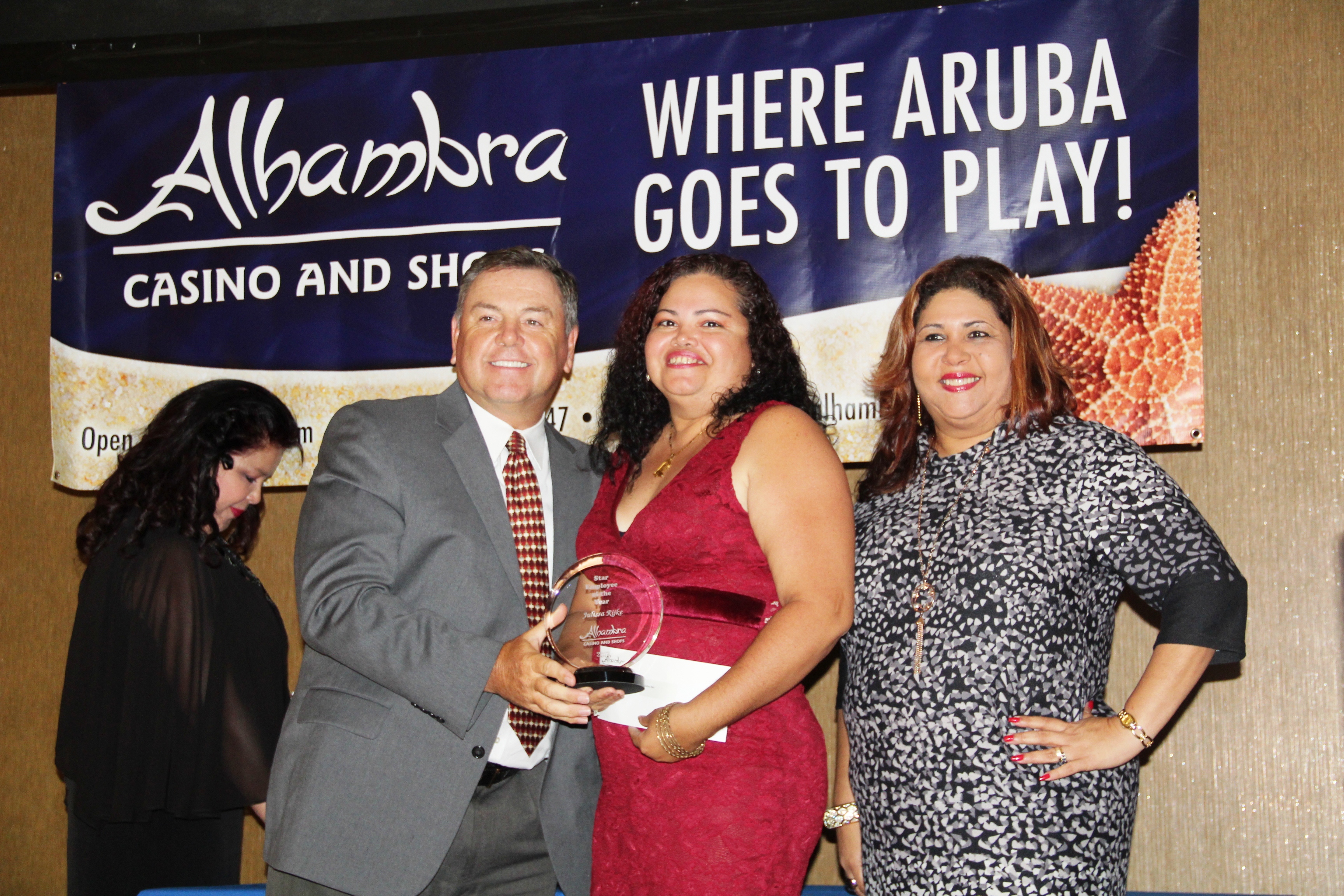 ORANJESTAD- Like every year the Alhambra Casino and Shops gives recognition to the loyal Team Members for their perfect attendance as well as the team members who celebrate their 5th, 10th, 20th, 25th and 30th year of service. This is being done in an Employee Award Ceremony which was held in the Hyatt Regency Aruba Resort.

Mrs. Annie Dirksz who is the Marketing manager of Alhambra Casino and Shops opened the ceremony which was followed by a delicious lunch buffet. After lunch Ms. Susan Varnes who is the President and COO of Treasure Bay, LLC started with the announcement of the perfect attendance. In total there were 49 Team Members that were honored for perfect attendance.

Then the ceremony followed with the announcement of the Anniversary Awards. 14 Team Members received this Anniversary Awards. At the end Mr. Rick Ingrassia who is the Director of Operations announced the Star Employee of 2017 Julissa Rijke from the Marketing Department and the Star Supervisor of 2017 Jairo Paesch from Table Games. In this way Alhambra Casino and Shops shows its appreciation to his Team Members every year. And they surely will keep bringing new incentives to stimulate their Team Members

April 3, 2020
You don’t lay-off workers and give them money, you give their employers subsidy to keep them working.

Local newspapers are facing their own coronavirus crisis

The 11th edition of Aruba International Regatta is ready to start