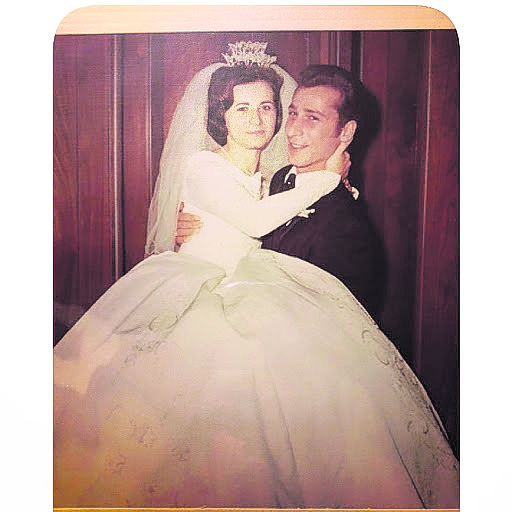 I was only 8 years old living in a small beach town in Calabria, Italy, when I saw a black-and-white picture of a young boy that would change me forever. In my wildest dreams, I could not have known the impact of this moment.

Antonio Pugliese seemed to be about 12 years old, with a narrow, long face with eyes that looked so warm. His hair, I couldn’t tell the exact color, but I imagined it to be brown, with soft waves. Tony was the son of my father’s close friend, who immigrated to Canada years before. That’s the only way that I could have missed this boy around my town.

“This is the guy I want to marry when I move to America,” I said out loud. I didn’t know Tony or his sensibilities, but it didn’t matter. I just knew.

It wasn’t until two years later when I would experience another life-changing moment. I finally immigrated to America with my parents and two younger sisters. We settled into a small apartment in Brooklyn, New York in 1959. With all the newness of my surroundings, I still couldn’t forget the image of the boy in the picture.

Our first meeting would come a year later. Tony’s family was coming to visit. I was a young 11-year-old with eyes only for this 15-year-old boy. I tried to get him to notice me throughout the years, but he dated girls that were more his age. We were acquaintances, not quite friends.

It was six years later when our then-friendship would turn into a budding romance. Through a family tragedy, the loss of my 5-year-old brother, that Tony’s feelings for me would change. I was 17 and he finally started to see me as a woman. As I took care of my brother through his illness, and my parents and siblings after that, I would earn his attention and we began dating later that year.

Our relationship progressed quickly after. Tony proposed a year later and we were finally married October 19, 1968. Not long after, we had our first child, Rosemary in September 1969. And the children didn’t stop coming – Thomas in 1971, Rocco in 1974 and our youngest, Celeste, in 1977. I always say that if we could have afforded more children, we would have had more. Our honeymoon was a trip of our lifetime. We had a wonderful week in Aruba, just the two of us! We talked over the last 50 years about coming back to the island and staying in the same room of the hotel that we celebrated our honeymoon in, but it wasn’t meant to be. Not until this year as we celebrated our 50th golden wedding anniversary. ♥Unfortunately, the room at the Sheraton wasn’t available for our stay, but our children, together with their spouses, surprised us with our hotel stay in Aruba. It was a perfect gift from our children who’ve been hearing about our honeymoon and our relationship for as long as they can remember. Over the past week, Antonio and I have toured Aruba, trying to find something that would rekindle the memories that we had 50 years ago. It’s changed so much, but we remember the lighthouse and walking along the beach. I realized that we are making new memories on this trip, ones to keep us until our next trip to Aruba. We don’t plan on waiting such a long stretch of time for our next visit, but until then, I want to remind people that love is still alive.

“True love is blind. You don’t see nothing else but the love you have for each other.” I will be very fortunate and happy if my grandchildren – all nine of them – all find the love and happiness that I found with Tony. ♥

“Don’t get me wrong, we have had immense ups and downs, but love pulled us through.”