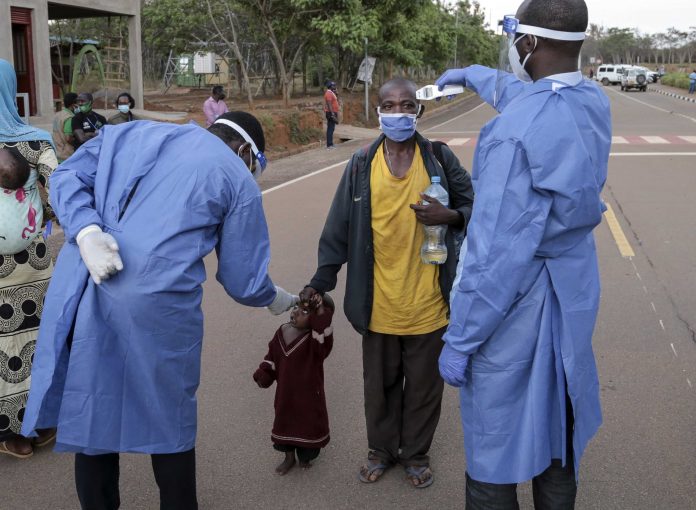 Nearly 500 Burundian refugees living in Rwanda began their journey back to their home country Thursday, the first group to return after five years in exile following deadly political violence sent many fleeing.

The United Nations has said hundreds of people were killed in the turmoil following the late President Pierre Nkurunziza’s decision in 2015 to seek a third term, which critics called unconstitutional. Widespread allegations of repression left the East African country on the defensive, kicking out the U.N. human rights office and leaving the International Criminal Court.

Some Burundian refugees told The Associated Press they are hopeful they can rebuild their lives now that a new president, Evariste Ndayishimiye, has taken power. He took office in June after winning the election, his swearing-in moved up by several weeks after Nkurunziza died of what the government called a heart attack.

The new president has invited all those in exile to return and build a new nation.

Mercy Mutesi, a mother of three, said she was returning home because the new government had assured them peace and a better life.

“As you know, life in exile is always difficult. Let us go home and see,” Mutesi said.

But other refugees said they are still skeptical about peace returning to Burundi. In Tanzania, where some 200,000 refugees remain, some have said they felt pressure from local officials to return but remain wary of the new government.

Neighboring Rwanda currently hosts close to 72,000 refugees, and 471 of them on Thursday started their journey home. They were first tested for the coronavirus before they boarded the buses. They were expected to cross into Burundi later in the day.

Rwanda’s government said this was the first organized voluntary repatriation process, and the country will collaborate with the U.N. refugee agency on similar operations as more refugees wish to go home.

The repatriation comes weeks after some refugees living in Mahama camp in eastern Rwanda petitioned Burundi’s new president to facilitate a return process.

Their petition was given more weight early this month when Ndayishimiye accused Rwanda’s government of holding Burundian refugees hostage, adding that his government was not ready to work with Rwanda to normalize relations.

The relationship between Burundi and Rwanda has been at its lowest point in years after Burundi accused Rwanda of backing a failed coup in 2015 and giving asylum to coup plotters, a claim Rwanda denies.

All the refugees interviewed by the AP said they were returning home voluntarily, hoping for better life and security now that former president Nkurunziza is gone.

“Everything has its right time. I am hopeful that life can go back to normal again,” said Willy Gatsinzi, a father of four who fled Burundi in 2016.

Mexico City bans use of models at city events