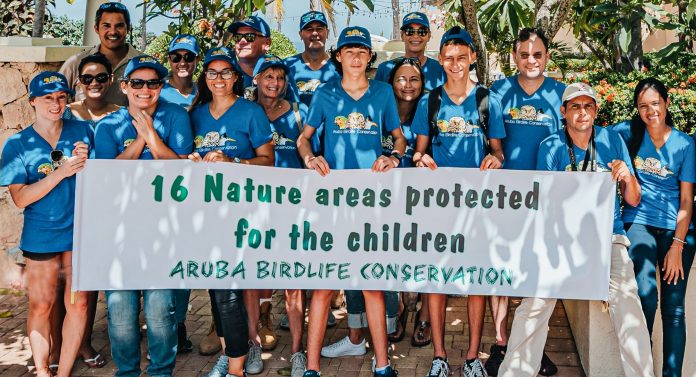 This week Aruba Birdlife Conservation (ABC) celebrates its tenth anniversary. ABC is making an urgent appeal to our Prime Minister to instate the National Nature and Environment Committee and to put it to work in high gear. The number one priority should be the declaration of the 16 Nature Areas as National Protected Areas and all should be placed under direct supervision of Aruba’s National Park. ABC has been fighting for this for eight years. The time is now. This is an urgent appeal to get this done for future generations.

ABC is dedicating their 10th anniversary celebration to the volunteers and supporters with great admiration for their work and love for nature and they are eternally grateful to the over 12.000 persons who have signed a petition to get these sixteen areas protected.

There remains so much to do, but every step in the process is extremely important, the organization states. For more information: Facebook Aruba Birdlife Conservation.

September 22, 2020
The purpose of the video is to promote acceptance and inclusion of these special need children in our society.

‘Not taking nature into account for future development plans can cost...