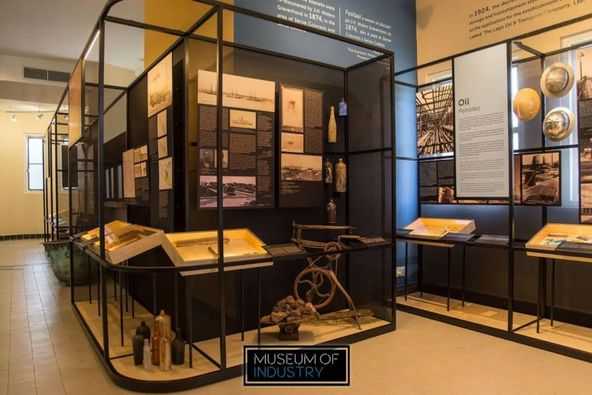 As from now on two interesting museums on Aruba are open to the public again. Take this opportunity to learn about our island and experience a different day beyond the beach. Let us introduce to you the two locations.

Museum of Industry in San Nicolas, better known as the art capital of Aruba. This museum presents the history of gold, aloe, phosphate, oil and tourism through elaborated displays and multimedia installations.

For more information check out their Facebook page Museum of Industry Aruba.

The Archaeological Museum of Aruba is located at Schelpstraat 42 in downtown Oranjestad. The renovated historic Ecury complex in downtown Oranjestad has been transformed from a family home to a modern museum that preserves Aruba’s Amerindian cultural heritage. This 21st century museum is especially designed to preserve valuable artifacts dating back to the Pre-Ceramic period of 2500 BC.

In the late 1980’s AMA identified its need for an adequate housing for its collection and activities. After studying various options, a project proposal was drawn up, including the acquisition and restoration of historical buildings in downtown Oranjestad.

These historical buildings were formerly the property of the Ecury family. The “Ecury Complex”, is a cluster of single and two-story historic buildings, mainly Dutch colonial architecture from the late 19th and 20th century on a plot of approximately 1.700 m2.

In 1997 the Aruban Government bought the complex for the National Archaeological Museum project. In 2004 a financial agreement was signed with the European Development Fund and in 2006 restauration and construction work began on the monumental buildings and the new to build exhibition space. In December 2007 the key to the complex was delivered and the museum’s employees moved to the new location. The final design for the exhibit was completed in November 2007 and the permanent exhibit, financed by the Aruban Government and the Union of Cultural Organizations (UNOCA), opened in July 2009.

At the new location the National Archaeological Museum Aruba disposes of approximately 500 m2 for its permanent exhibit. This exhibit conveys through archaeological objects and modern exhibition techniques information on the origin and culture of the first inhabitants of the island. The new permanent exhibit gives the visitor an insight into the cultures that inhabited the island in Pre-Historical and Early Historical times. The museum also hosts an attractive public program including lectures, educational projects, temporary exhibits and workshops.

June 16, 2021
Loose debris can be a major threat if it is taken by strong wind gusts.