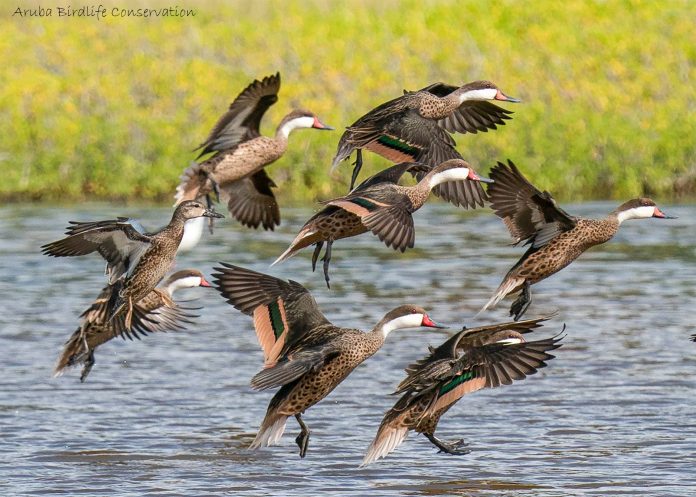 On May 11th, 2010, the Aruba Birdlife Conservation was founded with the aim of protecting the biodiversity in general and birds in and around Aruba in particular.

Among other things, the foundation also focusses on increasing the survival chances of species of wild birds by promoting their preservation and conservation. The foundation publishes the most beautiful pictures of local birds on their social media that show us the beauty of Aruba’s birds and nature in general. Aruba Today gives you a little peek with the following pictures and descriptions from the foundations Facebook page.

Incoming….
A part of a larger flock of ducks landing at one of the 16 new nature areas of Aruba’s National Park.
7 White-cheecked Pintails and 1 Blue-winged Teal.
Can you find the Blue-winged Teal?
Papiamento: Pato di aňa y Pato moreke.

Netherlands: Bahamapijlstaart en Blauwvleugeltaling.
More than a dozen species of ducks visit Aruba. At least two of them breed in Aruba.

A Shoco demonstrating its wing pattern.

The Aruba Burrowing Owl is an endemic subspecies.

In 2012 it was declared a National Symbol of Aruba.

There are an estimated 200 pairs remaining in Aruba’s nature. 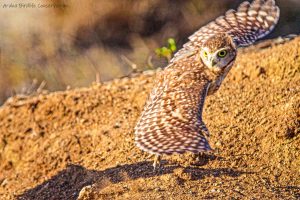